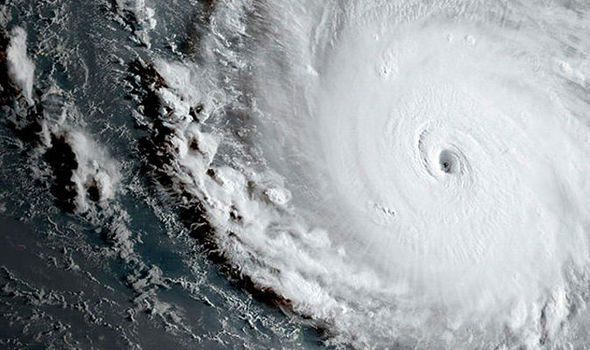 HURRICANE Irma is so strong the storm is showing up on devices designed to detect massive earthquakes.

The category 5 storm, which has now swelled to the size of France after making its first landfall in the Caribbean today, is registering on seismometers on the island of Guadelope.

The measuring devise is located close to the sea, and waves crashing along the coastline caused by Hurricane Irma are reverberating along the island – generating seismic energy.

The noise is also likely caused by high winds, which cause tiny motions in the ground, and also by trees swaying in the strong winds.

Stephen Hicks, a seismologist at the University of Southampton, said: “What we’re seeing in the seismogram are low-pitched hums that gradually become stronger as the hurricane gets closer to the seismometer on the island of Guadeloupe.” 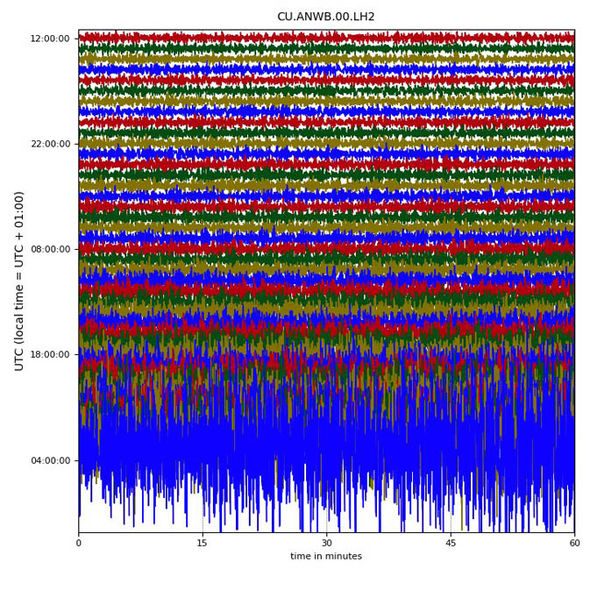 Hurricane Irma was picked up by a seismometer in Guadaloupe

But he hastened to add the hurricane isn’t creating earthquakes, adding: “Earthquakes occur tens of (miles) deep inside Earth’s crust, a long way from the influence of weather events, and there is no evidence to suggest that hurricanes and storms directly cause earthquakes.”

While rare, activity was also recorded during Hurricane Harvey on seismometers close to Houston, Texas, during last month’s devastating storm, he said.

And he said as Irma approaches seismic sensors, “we will see a dramatic increase in the amplitude of the seismic recordings”.

Irma has reached a sustained ferocious wind speed of 185mph, risking serious damage as it travels through the Caribbean towards Florida, USA.

The National Weather Service said the eye of Hurricane Irma passed over Barbuda, a small island located near Antigua in the northeastern Caribbean, at 1.47am local time (6.47am BST).

The National Hurricane Centre said Irma was maintaining category five strength as it battered the Caribbean, where thousands have been forced to flee their homes with their families.

Meteorologists have claimed it is the first storm of its type to reach such catastrophic speeds at its current level of pressure – 916 millibars (mb).

Normally a Hurricane would have to drop below 900mb before reaching such devastating speeds.

And it raises fears the storm could grow even more powerful, with wind speed normally picking up as the pressure of a hurricane drops.

It is believed Hurricane Irma will hit Florida on Saturday.

Garfield Burford, the director of news at ABS TV and Radio on the island of Antigua, said: “We are hunkered down and it is very windy … the wind is a major threat. So far, some roofs have been blown off.”

Most people who were on Antigua and Barbuda were without power and about 1,000 people were spending the night in shelters in Antigua, according to Burford.

He added: “It’s very scary … most of the islands are dark so it’s a very, very frightening.”

The amount of damage and the number of casualties is not yet known.