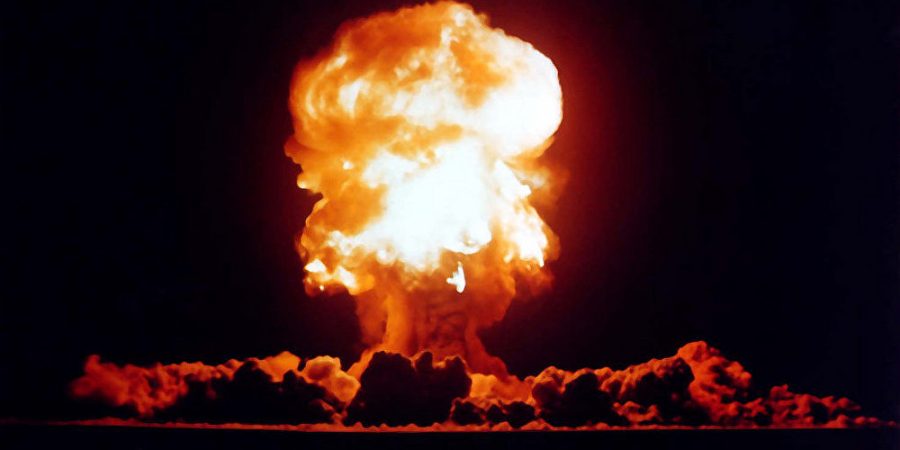 Faced with an aging stockpile of missiles, bombers, and submarines, Defense Secretary Ashton Carter has pledged to spend roughly $108 billion to update the US’ atomic arsenal.

The United States’ nuclear triad relies on its intercontinental ballistic missiles (ICBMs), cruise missiles, and aircraft and submarines to deliver nuclear payloads. On Monday, Carter indicated that the Pentagon plans to spend hundreds of billions of dollars over the next five years to modernize these units.

“The confidence that you’re ready to respond is what stops potential adversaries from using nuclear weapons against the United States or our allies in the first place,” he said, according to Military.com.

His comments came amid a tour of Minot Air Force Base, where he examined the facility’s underground stockpile of 150 Minuteman III ICBMs. “If we don’t replace these systems, quite simply they will age even more, and become unsafe, ineffective and unreliable,” Carter said, according to Stars and Stripes.

“Deterrence still depends on perception. What potential adversaries see, and therefore believe, about our ability to act.”

The $108 billion price tag is only a starting point. In addition to upgrading the ICBMs, the Air Force also seeks to replace its 20-year-old B-2 bombers and 50-year-old B-52 bombers. The Navy’s fleet of nuclear-equipped submarines is roughly 35 years old and also requires modernization.

Through 2024, the expected cost of these upgrades will exceed approximately $348 billion.

According to the Center for Budgetary and Strategic Assessments, updating the entire triad could cost well over $1 trillion. Critics have argued that updating the US nuclear triad is not only costly for the American taxpayer, but also threatens global security.

“Consider the fact that the United States still has about 4,700 nuclear weapons in its stockpile…It’s safe to say we’ve got far more nuclear weapons than we need,” Tom Z. Collina, Director of Policy at Ploughshares Fund, wrote for Foreign Policy earlier this year.

“The Obama Administration’s nuclear spending plans simply make no sense. It would be like Google investing a trillion dollars in typewriters,” he said, adding that nuclear arms are “artifacts of a bygone era.”

But Carter’s scapegoat for justifying this nuclear buildup should come as no surprise.

“It is a sobering fact that the most likely use of nuclear weapons today is not the massive ‘nuclear exchange’ of the classic Cold War-type, but rather the unwise resort to smaller but still unprecedentedly terrible attacks, for example by Russia or North Korea,” Carter said. He added that “a diverse and dynamic spectrum of nuclear threat still exists.”

“We’re now beginning the process of correcting decades of underinvestment in nuclear deterrence – and I do mean decades, because it dates back to the end of the Cold War.”