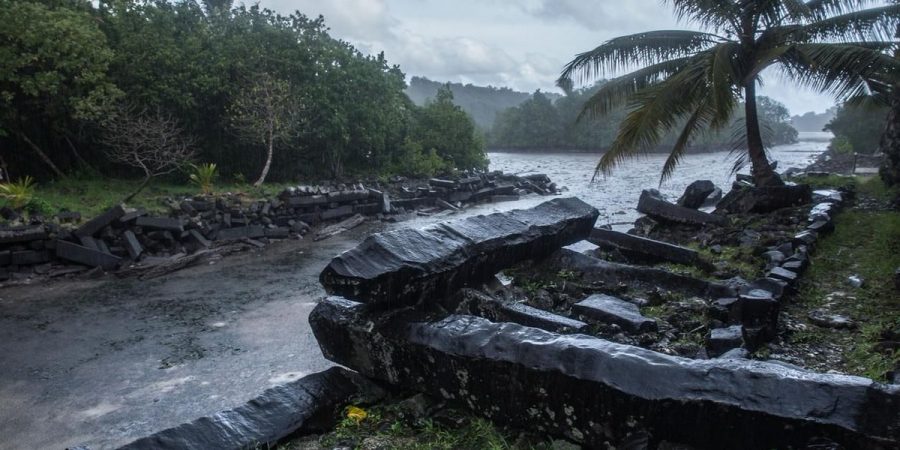 Built on an island in the middle of the Pacific, this mysterious ancient city remains a modern-day enigma.

Famously documented by the Greek philosopher Plato, Atlantis was said to be a continent situated in the middle of the Atlantic that was inhabited by a highly advanced and prosperous civilization.

According to legend, the Atlanteans ultimately fell out of favor with the gods and the entire island was submerged beneath the waves. Real-world theories suggest that if Atlantis did exist, it may have been sunk by a tsunami, a sustained period of volcanism or some other ancient disaster.

More recently however, the peculiar island city of Nan Madol, which is situated thousands of miles from anywhere in the middle of the Pacific, has been attracting the attention of Atlantis hunters.

Dating back as far as 2,000 years, this mysterious city consists of several sections separated by tidal canals and is sheltered from the ocean by a series of 12 sea walls. The level of expertise exhibited in its construction, as well as its peculiar location, have been puzzling scientists for years.

“It now looks like Nan Madol represents a first in Pacific Island history,” said Mark McCoy from Texas Southern Methodist University. “To me, in its prime Nan Madol was a capital.”

“It was the seat of political power, the center of the most important religious rituals, and the place where the former chiefs of the island were laid to rest.”