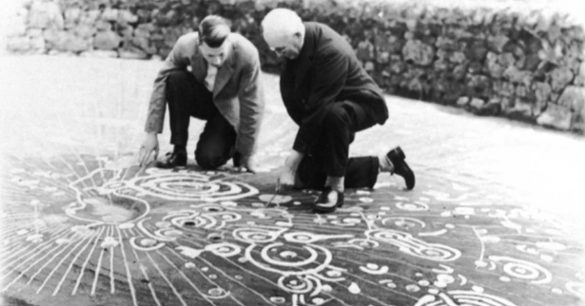 The Conchno stone is defined by wikipedia as a large Cup and ring marked rock at Auchnacraig, Faifley, West Dunbartonshire, Scotland.

The Bronze Age stone measuring 42 feet (13 m) by 26 feet (7.9 m) was rediscovered in 1887 by the Rev. James Harvey. It features around 90 carved indentations, considered to be one of the finest sets of petroglyphs in Scotland.

The stone was reburied in the 1960s to protect it against vandalism. In 2015 it was partially re-exposed for investigation during a 3-day dig by a team involving archaeologists from the University of Glasgow, with a more complete re-exposure following a year later.

This mysterious artwork has been buried for 50 years to protect it from vandals, graffiti defacers and other forms of degradation.

Archeologists have decided to carefully unearth the Cochno Stone, analyze and photograph it and then rebury it to keep it protected.

The Bronze Age stone – considered by many to be the finest collection of petroglyph carvings in Scotland, if not the world – dates back to 3000 BCE and was discovered on farmland near Clydebank in West Dunbartonshire by the Rev. James Harvey. It was left on display for both experts and the public to study and appreciate. 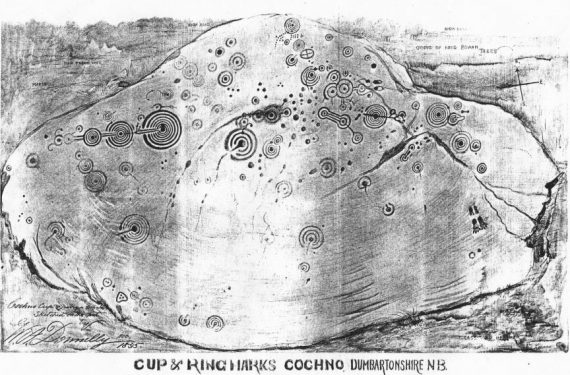 A drawing of the entire Cochno Stone

The meanings of the drawing and purpose of the Cochno Stone were not determined before its protective interment. It’s speculated it may have been a record of events, artwork symbolizing life and death or a part of a religious ceremonial site. In addition to the cups and rings, carvings on the Cochno Stone include a pre-Christian cross inside an oval and two pairs of carved footprints, each foot only having 4 toes. All together now … aliens! 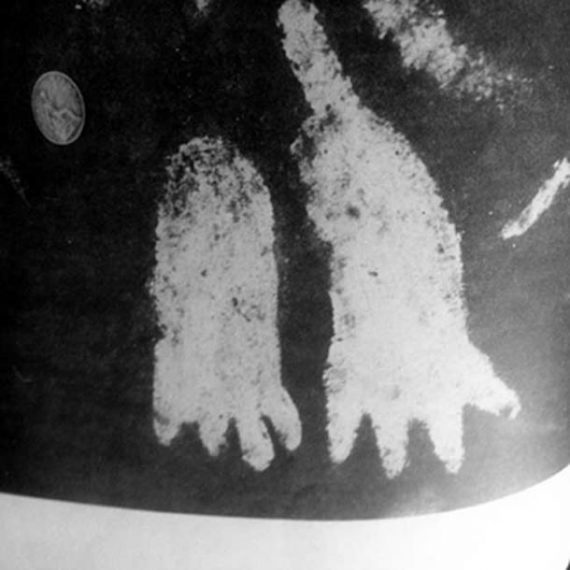 Four toes foot print that appear on the stone

Now here is the part of this whole stone saga that really made me even want to post an article about this. I noticed this instantly when I looked at the pictures of the stone and thought this should be huge news since crop circles are still an “unsolved occurrence” and here was something that looked like many of patterns on the unexplained crop circle yet no one – including whoever makes those circles – can see (or would have ever seen) the Cochno Stone themselves because this mysterious artwork has been buried for 50 years, HOW can this be! 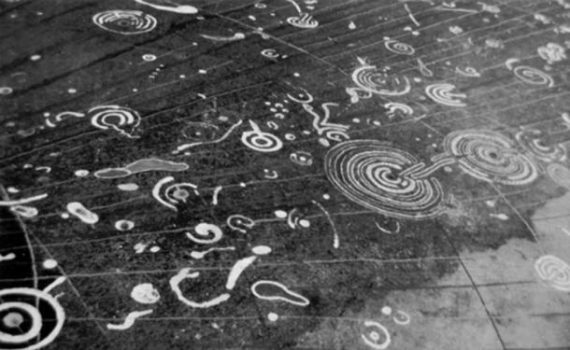 Actual Cochno Stone drawings, pay close attention to the one on the top left or the one on the bottom far right and compare it to actual crop circle in the image below 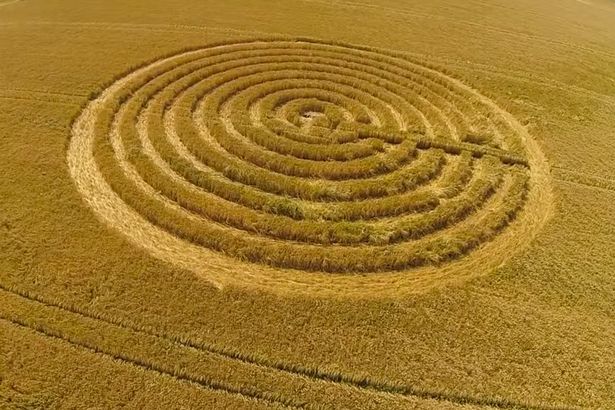 Example of an actual crop circle

Does it not seem like there must be a connection here?