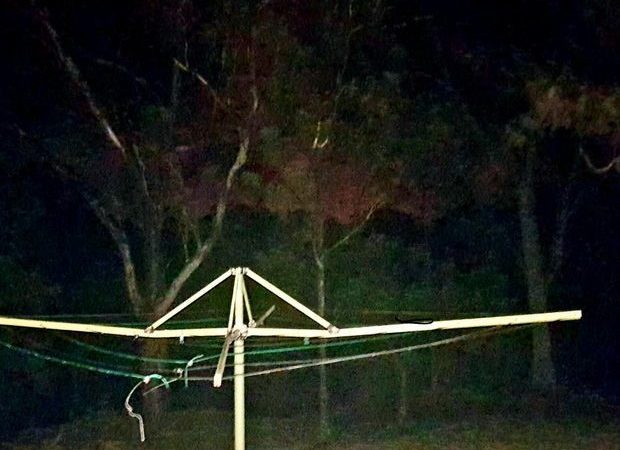 Mysterious Light Seen in Queensland Australia Could be UFO Sighting

THE last time we checked, Toowoomba was far away from the Southern Lights.

That’s why a Chronicle reader was scratching his head when he woke to a blistering orange light at 12.15am last Tuesday.

Living in a city known for its spooky encounters, the Torrington man does not dismiss the idea it could have something to do with another form of life.

He admitted using his camera flash distorted the original sight but said it was a “raging” colour.

“I woke up to it and didn’t know what it was, I thought ‘man alive what’s that?’, he said.

“I had no shoes on and it was a bit wet so I got my shoes and went out.

“I was looking north towards Crows Nest and it (the light) was the same height all around there. I looked west and south and it was there stretching around the horizon.

“I was trying to video it but the flash kept coming on, I just couldn’t work out how to turn the flash off so the video didn’t turn out. I took the photo instead but by that time the light was diminishing.”

The man said the light eventually dissolved, which looked just like the sun going down.

“It was three times brighter than that (the photo) and higher in the sky; it stretched right around,” he said.

“It was closing in on its brightness when I was mucking around with the phone. I don’t know how long it had been there for.”

Sun eruptions can cause “spewing plasma”.

When the remnants of the plasma reach earth’s atmosphere, they move towards the magnetic poles and go bang, creating famous and bizarre lights at the poles.

However, there were no reports of a rare solar storm in Queensland that night.

“Look, I’m a believer (in UFOs) but it was probably too big to be a UFO, maybe something just as foreign. It was odd – it wasn’t a normal midnight sky,” the reader said.

The man rang the Bureau of Meteorology the next day to report it to a forecaster.

“He (the forecaster) said nothing peculiar happened in the weather that night,” he said.

“He said it could be something like the Northern Lights but we’re too south and we’re too north for the Southern Lights. He had no answer, just that there was no solar activity at that time.”

“I’ve never seen anything like it in my life and don’t think I ever will again. I keep going outside and hoping it could happen again.”