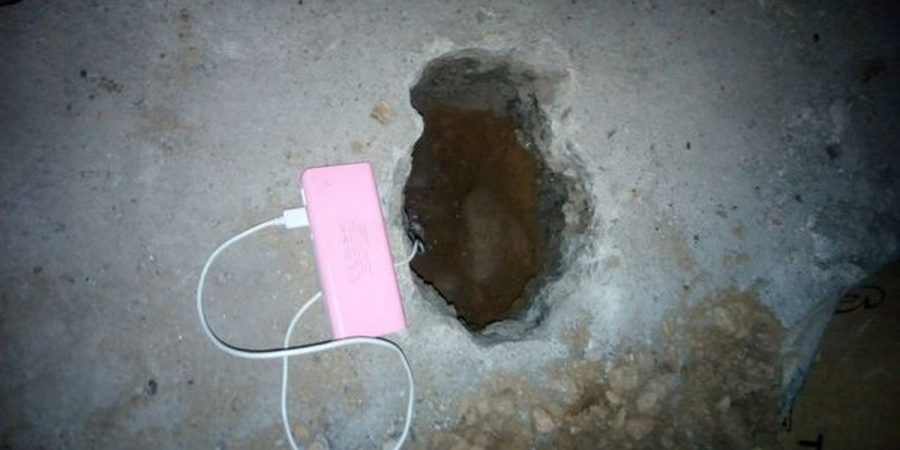 Alan and Christine Tait have recorded hundreds of hours of strange and unsettling sounds beneath their home.

The couple first became aware of the sounds back in June 2018 when, upon entering the kitchen to make coffee one evening, Christine thought she could hear something strange.

“It was like a flushing noise that I heard first,” she said. “I told Alan about it and that I couldn’t figure out where it was coming from. He left his phone in the bathroom with the recorder on to try to pick up the source of the noise, and then we could hear a machine running.”

“We started to record all over the house, and we picked up the sounds of chains, a motorbike starting, and people screaming.”

Over the next few months, the couple recorded hundreds of hours of unexplained and sometimes disturbing sounds seemingly coming from somewhere underneath their property.

The enigma has spooked them so much that they now spend their time touring around the country attempting to raise awareness and looking for answers.

“All I really want is an explanation,” said Alan. “Why are there people screaming?”

The couple’s current theory is that there are people living and working in rooms or tunnels below the house, possibly in relation to drug manufacturing or human trafficking.

So far however the police have found no evidence of wrongdoing at the property.

“We want as many people as possible to know about this so that the police are urged to carry out a more thorough investigation,” said Alan.

“We don’t want to go back until the matter has been resolved.”

You can hear some of the recordings below: