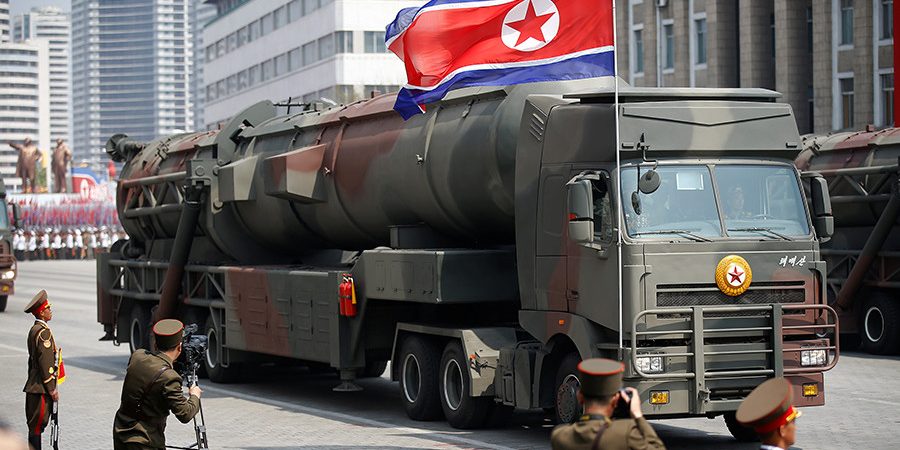 North Korea has warned Australia of a possible nuclear strike if it continues to “blindly and zealously toe the US line.” It comes after Australian Foreign Minister Julie Bishop said Pyongyang poses a “serious threat” to peace and stability in the region.

“If Australia persists in following the US moves to isolate and stifle the DPRK and remains a shock brigade of the US master, this will be a suicidal act of coming within the range of the nuclear strike of the strategic force of the DPRK,” a spokesman for the North Korean Foreign Ministry said, as quoted by the official KCNA news agency.

The threat comes after Bishop said earlier this week that North Korea is on a “path to achieving nuclear weapons capability,” posing an “unacceptable” risk to the region. She added that its efforts must be stopped by the international community.

Those comments were not taken well by North Korea, with the spokesman referring to them as a “string of rubbish.”

“What she uttered can never be pardoned as it is an act against peace that patronizes and shields the US extreme hostile policy toward the DPRK and nuclear threats and blackmail against it, the root cause of the grave situation prevailing on the Korean Peninsula, and encourages the US to opt for reckless and risky military actions,” the spokesman said.

He went on to accuse Australia of “blindly and zealously toeing the US line.”

The spokesman concluded with a stern warning to Bishop: “The Australian foreign minister had better think twice about the consequences entailed by her reckless tongue-lashing before flattering the US,” he said.

Meanwhile, Australian Prime Minister Malcolm Turnbull pledged support for the US policy on North Korea on Saturday, and urged China once again to exert economic pressure on Pyongyang.

North Korea’s comments also coincided with US Vice President Mike Pence’s visit to Australia, during which he met with Turnbull and issued another condemnation of Pyongyang’s weapons program.

Pence thanked Australia for calling on China to exert greater pressure on North Korea on Saturday, while repeating that “all options are on the table” when it comes to dealing with Pyongyang. He stressed, however, that the US is focused on diplomacy at this stage.

Turnbull brushed off questions as to whether Australia would join any potential military strikes on North Korea.

“At this stage, the support we are providing is at the level of diplomacy [and] is of critical importance,” he said.

It comes just days after the first of some 1,250 US Marines began touching down in Australia, amid increased tensions between Washington and Pyongyang.

US President Donald Trump has taken a hardline stance against North Korea since taking office in January, repeatedly vowing to “solve the problem” with Pyongyang.

North Korea is looking for trouble. If China decides to help, that would be great. If not, we will solve the problem without them! U.S.A.