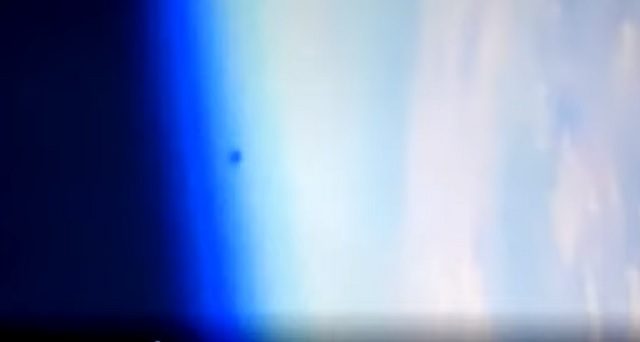 There was a planned launch of NASA and Elon Musk’s SpaceX, but were forced to abort their Falcon 9 rocket launch 16 minutes before the designated blast off as result of looming tropical storms near Kennedy Space Center in Cape Canaveral, Florida.

It was a little peculiar the reason given for the aborted SpaceX Dragon launch was the bad weather conditions, according to Florida Maquis, the thunderstorms ended in the early evening, and the weather actually cleared up a short time after the mission was aborted.

But indeed the launch was aborted because of weather issues and it would have been fixed in 10 minutes, but the lift off could not wait, because the fast-changing position of the ISS meant the rocket would have missed the target even leaving just seconds after the scheduled launch.

Florida Maquis goes on to say he noticed a strange anomaly on the live feed near the International Space Station and suggested that perhaps the launch was aborted by NASA due to this unidentified object, speculating that it could have been the Black Knight Satellite.

Zooming in on the black object we can see that it’s not just something on the lens, it clearly has a triangular shape, but hard to say if this may have been the Black Knight Satellite.