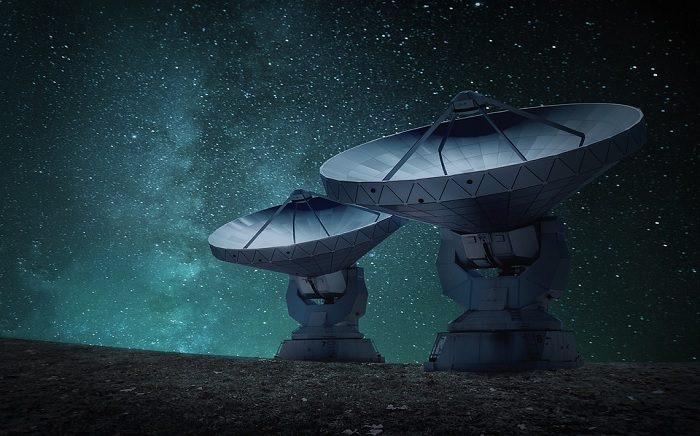 “Scientists are planning to beam a radio message into deep space with detailed information on human life that had the late Stephen Hawking worried.”

by JAZZ SHAW
via hotair
Image by ELG21 from Pixabay

Anyone who has ever watched the movie Contact is probably familiar with SETI (the Search for Extraterrestrial Intelligence) and similar scientific endeavors over the past century. We’ve spent a lot of time and energy listening to the cosmos, hoping to catch a signal indicating that there’s somebody else out there, specifically someone at least as technologically advanced as we are. And most of that time, though not all, has been spent listening. A few efforts have already been made to transmit a signal to potential alien races, such as the 1974 Arecibo broadcast, but we’ve mostly waited to see if ET would phone home to us first. But now some of the scientists from NASA’s Jet Propulsion Laboratory are teaming up with SETI and some astronomers in China to take another shot at broadcasting out into the galaxy. And the message they are sending this time offers very specific information about human beings, the Earth, and our location in the Milky Way. As the Daily Caller reminds us this week, this is precisely the sort of activity that Stephen Hawking tried to warn us against, but what did that guy know, right?

Scientists are planning to beam a radio message into deep space with detailed information on human life that had the late Stephen Hawking worried.

Hawking generally supported any and all efforts to find alien life in the outer reaches of space but had warned scientists about actively reaching out ourselves, according to Newsweek. Hawking was concerned that any aliens who may happen upon our signal might not respond in the most friendly of ways, the outlet reported.

“If you look at history, contact between humans and less intelligent organisms have often been disastrous from their point of view, and encounters between civilizations with advanced versus primitive technologies have gone badly for the less advanced,” Hawking said at the time, noting that any superior forms of life “may not see us as any more valuable than we see bacteria.”

As I mentioned above, this message goes into far more detail than the previous efforts people have made. Once broken down from binary, the message shows pictures of the Milky Way, identifying Earth’s position in relation to recognizable formations of star clusters. It also depicts naked humans, along with a representation of our DNA structure, and the layout of the continents and oceans on our planet. Any intelligent species capable of detecting and decoding the signal would likely have little trouble finding us if they’re capable of interstellar travel.

And therein lies the problem. What if they’re not particularly friendly? What if they would see the appearance of a new, technologically-capable species in their galactic neighborhood as a potential threat and decide to nip the problem in the bud? But NASA scientist and project co-founder Jonathan Jiang dismisses such concerns. “Logic suggests a species which has reached sufficient complexity to achieve communication through the cosmos would also very likely have attained high levels of cooperation amongst themselves and thus will know the importance of peace and collaboration,” he said.

Really? That seems like an awfully big assumption, doesn’t it? We’ve achieved the ability to communicate through the cosmos. Take a look around the planet, pal. Does it really look like humans have “attained high levels of cooperation” and “know the importance of peace and collaboration?” (For only one current example, see Putin, Vladimir.)

Some may argue that if the closest intelligent species is on a planet within twenty light-years of us, it’s no big deal. The message will take twenty years to get there and then another twenty years for a response to arrive. But what if it washes over someone who just happens to be passing by our star system, unaware that we’re here? That might cut down the “response time” dramatically.

Of course, all of these concerns are probably pointless. In addition to the previous broadcast attempts, we’ve been sending out radio programs and television shows into the cosmos since the early part of the last century. Anyone within one hundred light-years of us with the capability to pick up faint signals from the blackness probably already knows we’re here. And all of this ignores what appears to be the increasingly likely possibility that the ETs are already here, at least based on what the Pentagon’s new UFO office has been telling us. If they really wanted to chat they could have picked up a cellphone and called someone by now.

JAZZ SHAW
Link to source:hotair
Image by ELG21 from Pixabay