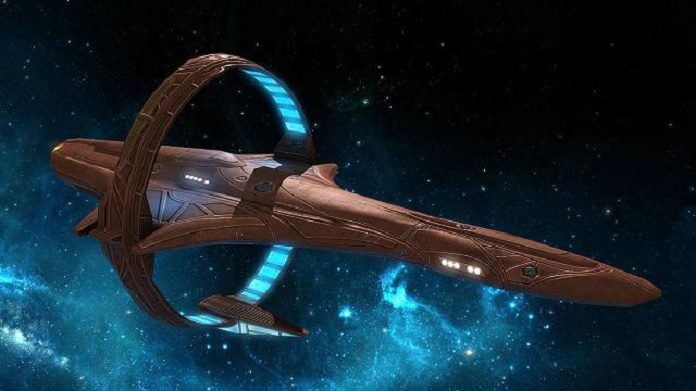 NASA’s Alcubierre Drive Initiative, Faster Than the Speed of Light

Before we jump into this, you should know that a number of scientists are currently researching the feasibility of warp drive (and EMdrive and a number of other modes of faster than light travel); however, most think that such forms of space travel simply aren’t viable, thanks to the fundamental physics of our universe. 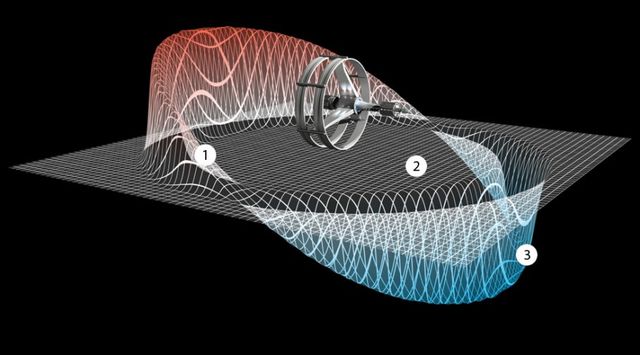 So although part of this article is simply, “Oh my gosh, look at this amazing design,” that’s not the entire point. To that end, let’s take a moment to break this all down a bit so we have an understanding of what exactly is being proposed in relation to warp drive, and why it is met with such skepticism, before we get a bit too carried away…

In 1994, physicist Miguel Alcubierre proposed a new kind of technology that would allow us to travel 10 times faster than the speed of light without actually breaking the speed of light. That seems a little contradictory, doesn’t it? After all, we’ve been told time and again that light is the universal speed limit – nothing in the cosmos can travel faster than it (much less 10 times faster) and herein lies the key to the Alcubierre drive: When you use it, you aren’t actually moving through space. 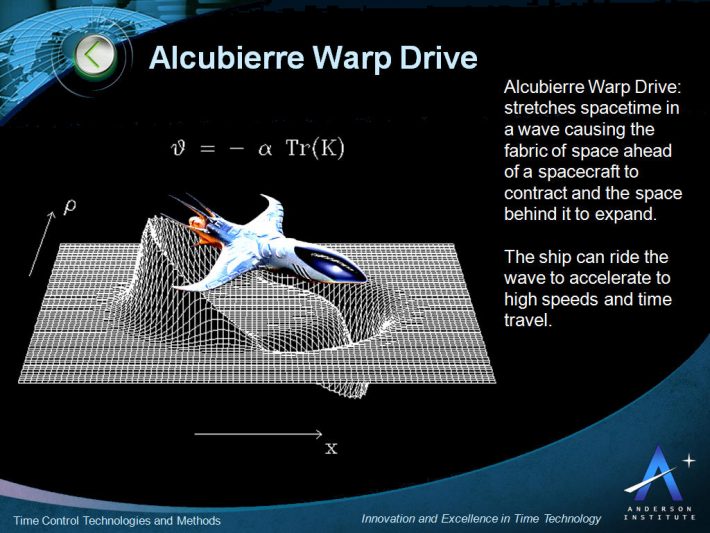 This technology would not actually propel the ship to speeds exceeding light; instead, it uses the deformation of spacetime permitted by General Relativity to warp the universe  around the vessel. Essentially, when the drive is activated the spacetime behind expands, while in the front it contracts. In this respect, the path taken becomes a time-like free-fall.

Alcubierre’s ideas have lead to a number of interesting thought experiments in quantum field theory; however, as mentioned above, most scientists think that the technology will never actually work. When you think about it, that kind of makes sense. Obviously, warping space requires a lot of mass and energy, and ensuring that the space where you are located isn’t warped is tricky business. Indeed, the proposition was mostly just a thought experiment when it was first proposed – not something Alcubierre thought was actually viable technology. 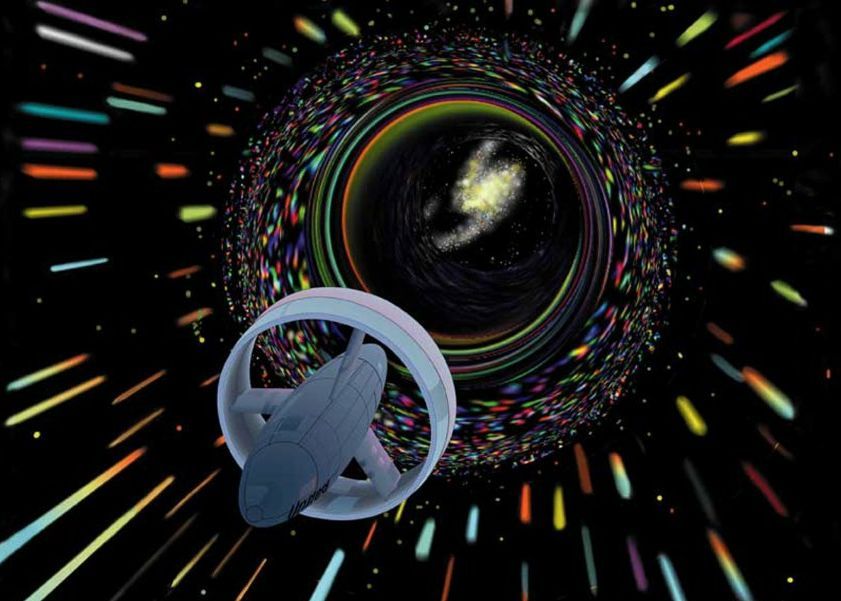 In short, it requires negative energy densities, which can’t be strictly disproven but are probably unrealistic; the total amount of energy is likely to be equivalent to the mass-energy of an astrophysical body; and the gravitational fields produced would likely rip any ship to shreds. My personal estimate of the likelihood we will ever be able to build a “warp drive” is much less than 1%. And the chances it will happen in the next hundred years I would put at less than 0.01%.

That said, scientists will likely be producing papers addressing these ideas for some time. We’ll continue to cover them as they come out (and though things may look painfully dismal for this technology, who knows what the future may hold).

But on to the design… 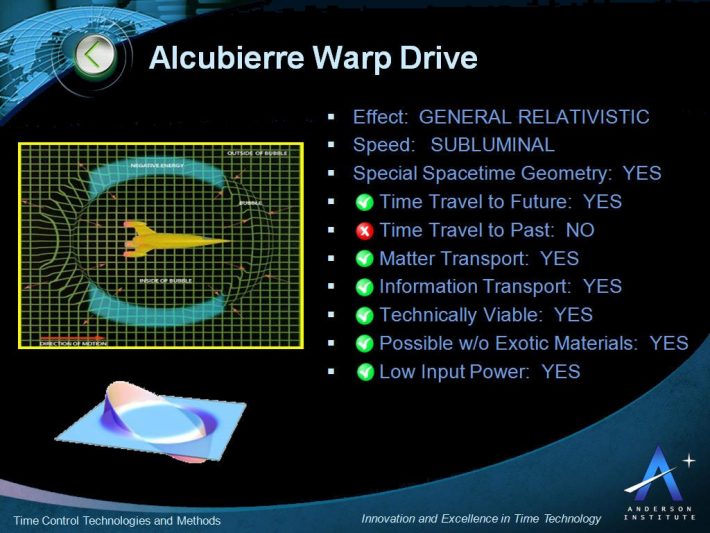 In 2010, NASA physicist Harold White revealed that he and a team were working on a design for this faster-than-light ship, and this is the most recent design of what such a ship might actually look like. As you can see in the image, the ship rests between two enormous rings, which create the warp bubble.

Artist Mark Rademaker worked on the project with White. In the release, Rademaker asserts that he spent over 1,600 hours working on the design. The ship is called the IXS Enterprise, and it is meant to fit the concept for a Faster Than Light ship. Mike Okuda also brought input, and designed the Ship’s insignia.

To give you some idea of just how awesome warp technology would be: A trip to the nearest star (Proxima Centauri), which rests some four light-years from Earth, would ordinarily take over 17,000 years. However, with the Alcubierre drive, it would take a little under five months. For those of us who have a mental breakdown on 10 hour plane flights, 5 months might still seem like quite a bit of travel time. But when we are talking about the vast cosmic distances between Earth and Proxima Centauri, a 5 month trip would be an achievement of monumental proportions (keep in mind, it took Curiosity 8 months just to reach Mars).