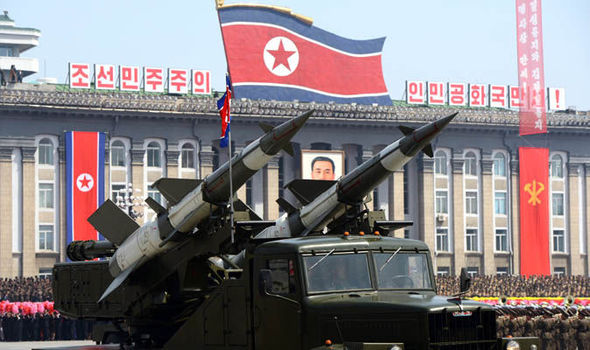 North Korea is preparing a long-range missile launch and it could happen as early as next week, according to a published report.

Sky News, citing Japan’s Kyodo news agency, reported that an unnamed Japanese government official claims there are signs North Korea is readying a missile launch. The official made the assumptions based on the latest satellite images of North Korea’s Tongchang-ri missile test site.

The official told Kyodo a launch could happen next week, but didn’t elaborate more on the images seen at the test site.

South Korean Defense Ministry spokesman Kim Min-seok declined to comment on the report, citing a government policy of not discussing intelligence matters, according to Reuters. However, Kim said North Korea had not issued any international warnings, as hit has done ahead of previous rocket launches.

A South Korean government official told the Yonhap news agency that steady activity has been observed at the missile site, with rails set up to quickly move parts for rocket assembly and eventual launch.

North Korea said Jan. 6 that it had successfully tested a hydrogen bomb. However, the U.S. and other countries have expressed doubt that North Korea has made strides in its nuclear weapons program.

The North’s last test of a long-range rocket was in 2012, when Pyongyang launched an object into orbit which experts believe is part of an effort to build an intercontinental ballistic missile. North Korea is also thought to be working to miniaturize a nuclear warhead to mount on a missile, according to Sky News.

Earlier Wednesday, Secretary of State John Kerry met with Chinese Foreign Minister Wang Yi and agreed on the need for a fresh resolution on the North Korea situation, but both parties couldn’t come to a solid agreement on what the new measures would be.

According to Reuters, U.S. Navy Admiral Harry Harris, commander of the U.S. Pacific Command, said he supported the conversion of an Aegis missile defense test site in Hawaii into a facility ready to bolster U.S. defense against a ballistic missile attack.

Harris also supported putting a mobile missile defense system in place in South Korea, but warned that both the U.S. and South Korea must come to an agreement on that together.