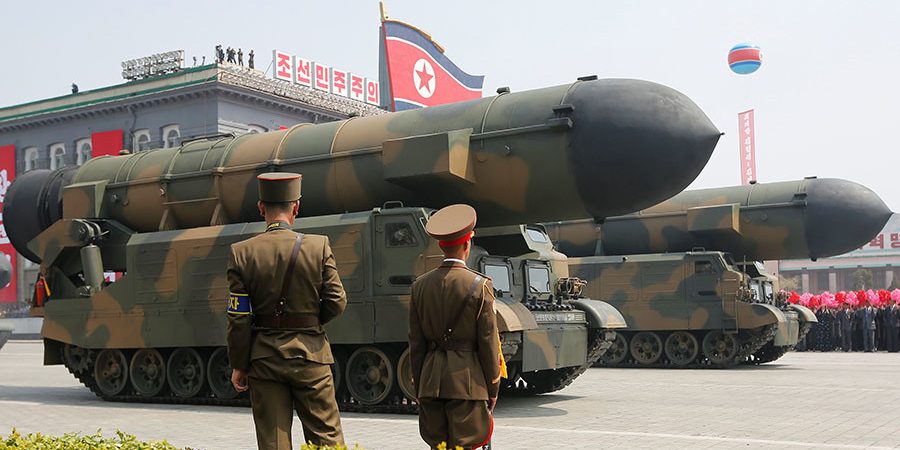 If the Korean Peninsula standoff evolved into an armed conflict, Japan would be the first to suffer from the fallout – both political and nuclear – North Korean state media said, warning Tokyo against any hostile actions.

“In case of a nuclear war on the peninsula, Japan that houses logistic bases, launching bases and sortie bases of the U.S. forces will be put under radioactive clouds before any country,” state-run Rodong Sinmun newspaper said on Wednesday.

The newspaper reminded Tokyo of its previous experience involving nuclear weapons, stating that the country would become the number one target for a North Korean strike as it housed US forces and would be “put under radioactive clouds before any country.”

“If Japan is truly concerned about its interests, it has to make due efforts for the peaceful settlement of the Korean peninsula issue,” the commentary reads.

“As the first country in the world that suffered A-bomb disaster, Japan knows better than others how terrible the nuclear disaster is.”

Japan is aiming to modify its constitution and deploy its Self-Defense Forces overseas, the commentary continues, adding that the possibility of a crisis on the Korean peninsula is being used by Tokyo as a pretext for that.

“Another aim is to stimulate its reeling economy with the orders of new war supplies from the US after a war breaks out on the Korean peninsula, and thus gain a windfall, just as it did during the past Korean war.”

Earlier, Prime Minister Shinzo Abe announced a plan to amend Japan’s pacifist constitution, which was introduced after the country’s defeat in World War II and the nuclear destruction of Hiroshima and Nagasaki in 1945. The changes are expected to come in 2020 when Tokyo will host the Olympics and Paralympics, with Abe promising that country will “be born anew” and will move forward “in a solid manner.”

“The Japanese authorities should behave with discretion, clearly understanding that it is Japan that will be affected most once a war breaks out on the peninsula,” the North Korean newspaper warned instead.

In late April, two Japanese F-15 aircraft based in Naha, Okinawa Prefecture, and two US Navy F/A-18 dispatched with the “USS Carl Vinson” took part in joint drills, the ASDF said in a statement.

The drills strengthened “the deterrence power of the Japan-US alliance” and showed “commitment to the region’s stability” and “advanced capabilities” of the two countries, Japanese Defense Minister Tomomi Inada said at a press conference.

The drills took place amid rising tensions on the Korean Peninsula.

Earlier in April, US Vice President Mike Pence warned North Korea that Washington would counter any potential attack with an “overwhelming and effective” response, calling Pyongyang the “most dangerous and urgent threat to peace and security in the Asia-Pacific.” In response, North Korea threatened to reduce the US mainland “to ashes” and to “wipe out” US forces in South Korea with a “super-mighty preemptive strike.”