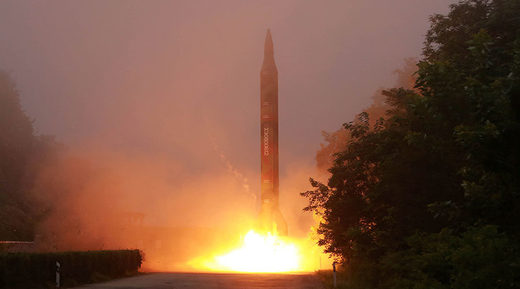 Pyongyang says the missiles it fired toward Japan were part of an exercise targeting US military bases there. It comes as the White House announced the deployment of the advanced THAAD anti-missile defense system to South Korea to guard against the North.

The test launches of four missiles, fired by North Korea into the Sea of Japan on Monday morning, were a drill carried out by an army unit commissioned with attacking US military bases in Japan, the country’s official news agency KCNA said Tuesday.

The launch was preceded by threats of retaliation to the US-South Korea military drills. Pyongyang views the exercises as a preparation of an attack on North Korea.

Meanwhile, the White House said Monday that a THAAD missile defense system will be stationed in South Korea to counter threats from the North.

“The Trump administration is taking steps to enhance our ability to defend against North Korea’s ballistic missiles, such as through the deployment of a THAAD battery to South Korea,” Spicer told reporters at a press briefing Monday.

The THAAD, or Terminal High Altitude Area Defense, is a missile defense system designed to intercept short-and-medium-range ballistic missiles as they begin their descent to their targets.

Developed by Lockheed Martin, THAAD missiles use infrared seeker technology to locate their targets and detonate on impact. The US has been planning to set up THAAD in South Korea since July 2016, adding to its already existing defensive capabilities in the Asia-Pacific region. 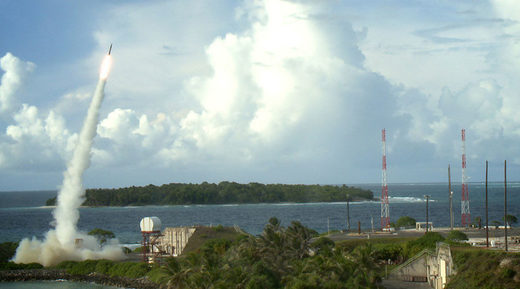 The deployment of the THAAD system in South Korea has been met with strong opposition by China, which views it as undermining its own defense capabilities, as THAAD batteries will help give an early warning to America’s own ballistic missile defense system.

Beijing on Thursday instructed all travel agencies to stop selling tour packages to South Korea, a move which may reportedly take effect countrywide and carry severe economic consequences. China has also imposed sanctions against the Lotte Group, the South Korean conglomerate that forfeited the land on which THAAD will be based.