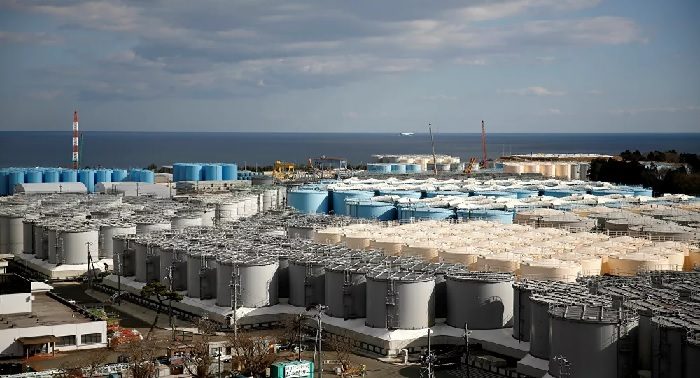 If we lived in the ocean we would never consider doing this. Imagine the billions of sea creatures to whom the ocean is home… just devastating! This is yet another example of human supremacy and greed in action!

The International Atomic Energy Agency (IAEA), an international watchdog that helps promote the peaceful use of nuclear energy, expressed approval Thursday of the Japanese government’s plans to release contaminated water from the Fukushima Daiichi nuclear power plant into the ocean.

According to AFP, Japan has around a million tonnes of contaminated water stored in tanks at the plant’s site.

The plant was damaged in March 2011 after a tsunami caused the facility’s power supply and emergency generators to fail. As a result of the power failure, meltdowns occurred in three reactors, resulting in the release of radioactive material and hydrogen-air explosions that eventually led to the plant’s shutdown.

The plant is equipped with a pumping and filtration system that processes tons of contaminated water daily, leaving tritium in its composition – an element that is said to be dangerous to people only in very large doses – as well as small concentrations of other radioactive materials.

In January, Japan’s Ministry of Economy, Trade and Industry (METI) recommended disposing of treated radioactive water used to cool the disabled power plant into the ocean. However, this disposal method was met with resistance by locals, especially fishermen, who argued that releasing the water into the sea could negatively impact the Fukushima prefecture’s fishing industry.

However, according to IAEA Director General Rafael Grossi, the government’s recommendation to release the contaminated water into the ocean is suitable.
“Of course the decision on what to do and when is a matter for the Japanese government … Our final analysis is not completed but I can tell you already that we find the [panel] report based on a sound methodology and a systematic approach,” Gross said.

“Releasing into the ocean is done elsewhere; it’s not something new; there is no scandal here. But what is important is to do it in a way that is not harmful, and you need somebody to monitor before, during and after release, to check that everything is okay,” Grossi added.

Grossi also explained the importance of a “very comprehensive communication strategy” among stakeholders during the disposal process.
“You may have the best technical strategy but a political failure if you don’t communicate well,” he pointed out.

Last month, Japanese government revealed that dumping the treated radioactive material into the ocean would release between 0.052 and 0.62 microsieverts annually. A sievert is a unit of radiation absorption in the International System of Units (SI), according to Britannica. People in a normal living environment are exposed to 2,100 microsieverts of radiation daily, meaning the health risks of the plan are minimal, according to the METI.