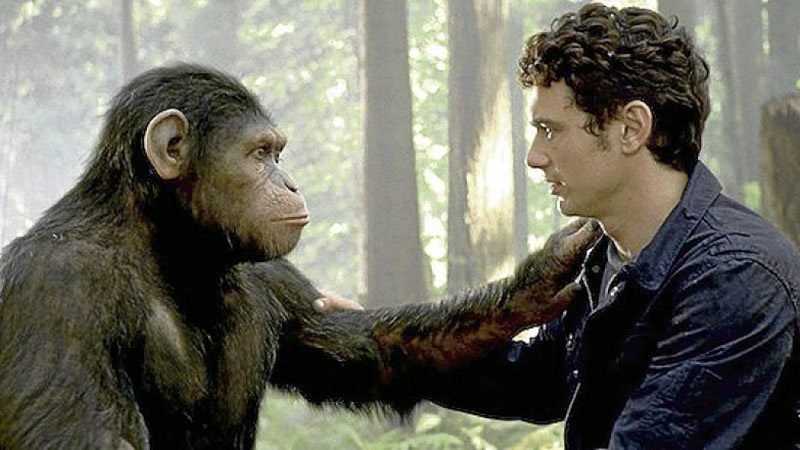 It’s not just about brain size.

Even though you might not believe it on a crowded subway train, humans have a unique set of social skills that set us apart from other animals. And new research says it could be down to all the extra dopamine we have in our brains.

Dopamine is a neurotransmitter – a chemical messenger in the brain – linked with our mind’s reward centre and our mood, memory, and movement. Scientists think it may have made us friendlier and less aggressive than most primates as the millennia went by.

While it’s found in both humans and animals, a team of international researchers found “dramatically increased” dopamine levels in samples of brain tissue taken from humans when compared to apes and other primates, and it’s perhaps this chemical mix that has given us a leg up in evolutionary history.

“Humans are characterised by remarkable demographic success relative to our nearest relatives and by advanced social traits such as language, empathy, and altruism,” says one of the researchers, Owen Lovejoy from Kent State University in Ohio.

“Explaining how human social behaviour could have evolved through improving individual reproductive success has been difficult.”

Scientists have long sought to explain the differences between the brains of humans and other primates, beyond the much larger size of the human brain, and an increasing amount of research is focussing in on neurochemistry.

Anthropologists think there must be some major differences to explain how we’ve been able to shift to walking upright, develop tools, and form advanced civilisations.

The team behind the new study got together 38 samples of brain tissue from humans, tufted capuchins, pig-tailed macaques, olive baboons, gorillas, and chimpanzees that had all died from natural causes.

They then concentrated on the striatum part of the brain, which acts as a kind of sorting office for neural messages related to movement, learning, and social behaviour. By dyeing the tissue with chemicals that responded to different neurotransmitters, the researchers could see the levels of dopamine, serotonin, and neuropeptide Y.

All those neurotransmitters relate to social cues and cooperative bonding, and both humans and apes had more serotonin and neuropeptide Y than the others. However, not only did human tissue show a lot more dopamine, it also had less acetylcholine, which is linked to territorial behaviour.

As a whole it ties in with previous research from some of the same researchers from late last year, which found a high expression of the TH gene in humans when compared to chimpanzees – a gene which is involved in the production of dopamine.

And so it could be that these increased dopamine levels led to a greater social sensitivity among earlier humans, helping them care for one another, limit their sexual relationships, and reduce aggression between groups – all useful for the improvement of a species.

We’re talking about changes that happened so long ago and in such a complex part of our anatomy that it’s difficult to be sure, but this kind of neurochemical analysis certainly helps get a clearer idea.

The scientists suggest differing chemical levels in the striatum could have made a substantial contribution to the diverging personality styles and social behaviours of chimpanzees and humans, even while their brains were around the same size, between 7-9 million years ago.

It may have been the case that females mated with males who were outgoing but not too aggressive, while males who worked together had better success at hunting and building, bringing us to where we are today.

“This difference in neurochemistry, when viewed from the perspective of the human fossil record, is likely to lie at the root of hominid origins, and to have been responsible for their early unqualified success,” says lead researcher Mary Ann Raghanti, from Kent State.

The research has been published in PNAS.