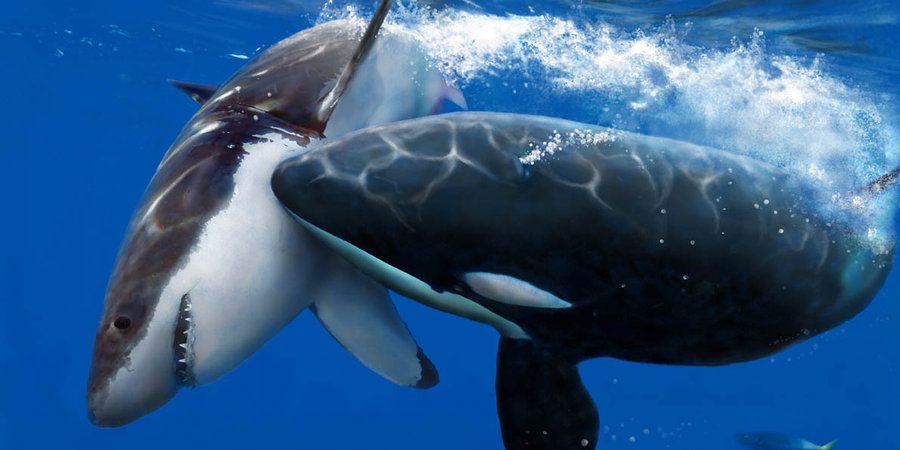 I’m starting to understand why Orcas are also called “Killer Whales”. Just last week a group of tourists on a whale-watching boat in California’s Monterey Bay witnessed a group of nine orcas separate a gray whale calf from its mother and kill it. This is not highly unusual but it is still fairly rare. Taking a baby from a Gray whale mother is no easy feat even if the numbers are on the Orcas side, yet they are managing to pull it off.

If that wasn’t astonishing enough now there are reports that the Orcas could be attacking great white sharks for their liver. Nature is the ultimate real life horror movie.

This is the first confirmed account of an orca predation on a white shark from South Africa. It’s mind blowing to think that a white shark of that size (almost 5m) was a target.

‎Marine Biologist Alison Kock from ‎South African National Parks told Gizmodo about one attack, but there have been at least three orca-on-great-white attacks since May 3rd, according to Alison Towner, a white-shark biologist for the Dyer Island Conservation Trust. And, like the attacks in Monterey Bay:

These observations are unprecedented.

The marine biologists, and colleagues performed autopsies on the great whites, starting with the 5-meter (16-foot), 2500-pounder.

It is no easy task to manoeuvre such a huge fish from a remote beach to an adequate site for autopsy. This required a military vehicle and land rover along with lots of manpower and team work.

The autopsies on the three sharks had one thing in common – missing livers, which is a sure sign they were killed by killer whales. The sight moved Towner.

Obviously this is a very sad time for us all, nature can be so cruel and the dexterity these enormous animals are capable of is mind blowing, almost surgical precision as they remove the squalene rich liver of the white sharks and dump their carcass.

Below portion from MysteriousUniverse (Paul Seaburn):

Squalene is shark liver oil and shark livers are filled with it, along with other tasty nutrients that orcas apparently love. It’s “apparently” for now, since no one has actually seen the orcas extracting the shark livers. However, there’s no other creature big enough or mean enough to do it. 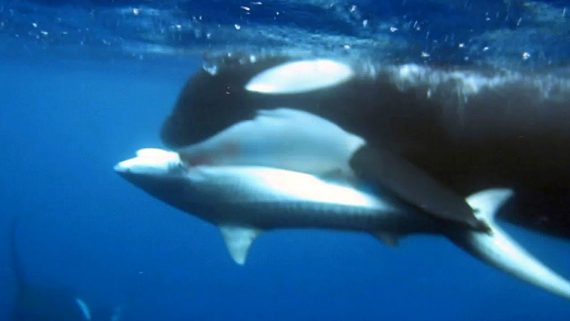 Marine Dynamics, a Shark Cage Diving company based in Kleinbaai, South Africa, is maintaining a blog to provide ongoing information on the unprecedented orca-on-shark liver extractions for other marine biologists, concerned members of the public and budding horror screenwriters. Meanwhile, the causes of these orca attacks in South Africa and California remain a mystery. Where – and what – will they attack next?