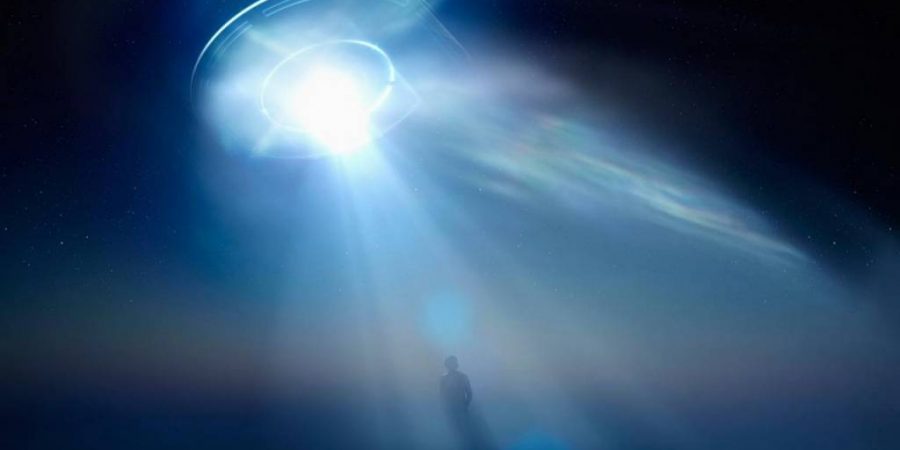 The headline is admittedly exciting! But upon follow through of the cited documents, the story becomes less clear, but decide for yourself.

The Pentagon has admitted to holding and testing wreckage from UFO crashes in a bombshell Freedom of Information letter, shared with The Sun.

Researcher Anthony Bragalia wrote to the Defense Intelligence Agency (DIA) requesting details of all UFO material, which they hold and results of any tests they had been carrying out on it.

He wrote: “This could include physical debris recovered by personnel of the Department of Defense as residue, flotsam, shot-off material or crashed material from UAPS [unidentified aerial phenomenon] or unidentified flying objects.”

In the response, shared with The Sun, the DIA released 154 pages of test results that includes reports on a mysterious “memory” metal called Nitinol, which remembers its original shape when folded.

Bragalia said it was a “stunning admission” from the US government and the documents reveal that some of the retrieved debris possesses “extraordinary capabilities” including the potential to make things invisible or even slow down the speed of light.

He told The Sun: “The Pentagon has admitted to holding and testing anomalous debris from UFOs. 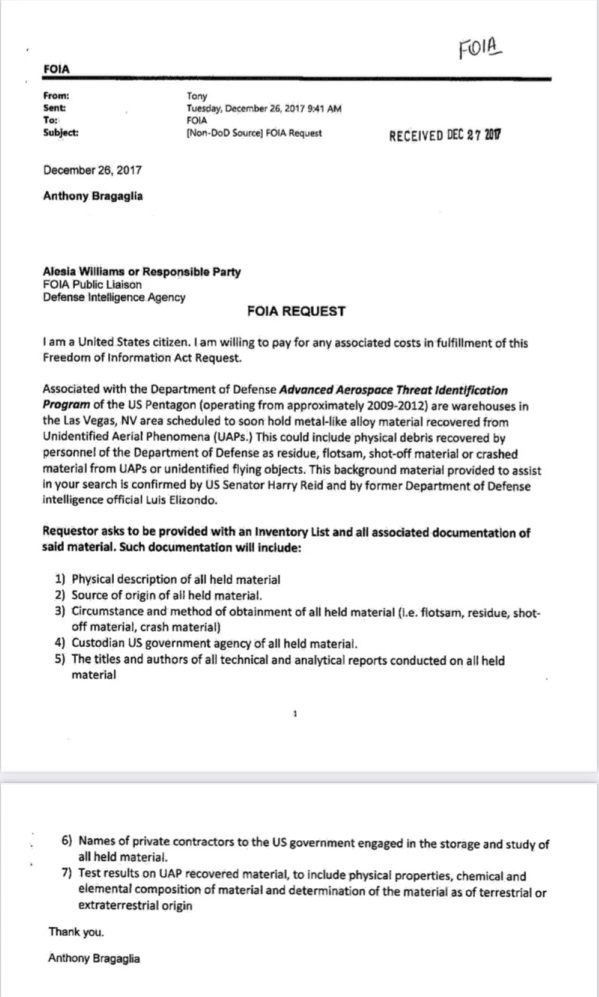 Here is the official response from the Defense Intelligence AgencyCredit: Department of Defense/ Anthony Bragalia

“They have been able to learn some things about the materials of construction which hold tremendous promise as futuristic materials which will change our lives forever.”

He said he first made the request in 2017 – which took three years for the DIA to fulfill – after it was revealed the Pentagon had been studying UFOs under the Advanced Aerospace Threat Identification Program (AATIP).

“The article mentioned that anomalous debris from UFOs (now called UAPs) was being analyzed by a private defense contractor,” Bragalia said.

“Material evidence such as UFO debris has been a focus of my research.

“My Freedom of Information Act (FOIA) request was very specific, seeking the test results of UFO/UAP debris, not material already known to science.”

Bragalia believes some of the material that is being tested could have come from the notorious Roswell incident of 1947, in which a UFO crashed in New Mexico.

“The inclusion of advanced technical reports on Nitinol is curious,” Bragalia said.

“Nitinol is a shape-memory alloy that ‘remembers’ its original shape when folded or crunched, and snaps back seamlessly and instantly.

“This memory metal characteristic was reported by many witnesses at Roswell.”

However the agency has held back certain details about the materials – including any information about whether they could be of alien origin – stating in the letter: “I have determined that some portions of five documents must be withheld in part from disclosure…”

“They are omitting information on the chemical and elemental composition of the material as well as its origin,” Bragalia said.

“They have omitted the names of the involved scientists as well, but I have since learned some of their names and will be contacting them.”

The DIA letter, first shared on Bragalia’s blog, reveals that the testing was carried out by Bigelow Aerospace, one of the Department of Defense’s private contractors based in Las Vegas, Nevada. 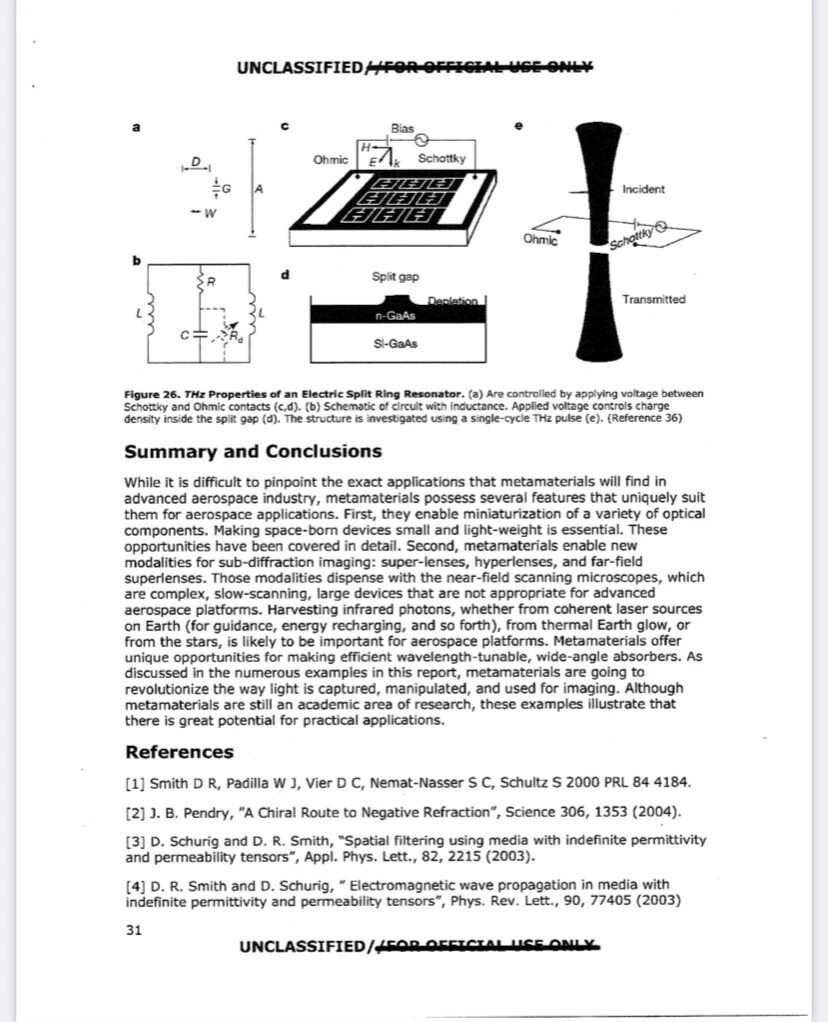 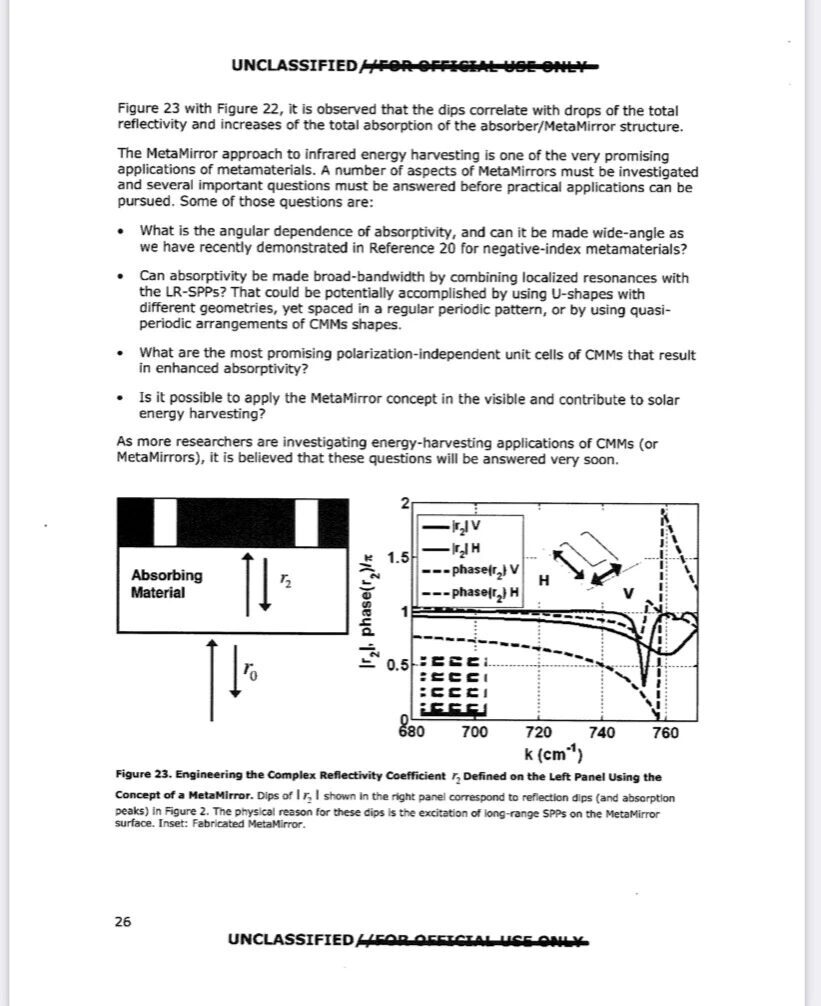 The company laid off all of its staff at the Vegas plant last March due to the toll of the pandemic – and it’s not known where the UFO material may now be kept.

Mysteriously Bragalia said everyone he approached who used to work at the plant refused to comment to him.

“All former personnel have refused me any real comment,” he said.

“I suspect the material has been returned to the Pentagon.”

The UFO researcher is planning to launch an appeal to obtain some of the redacted information in the coming months.

The Sun reached out to the DIA for comment.

On Bragalia’s website, he explains that the released documents contain descriptions of novel materials US scientists and contractors have indeed been working on in past decades, but they contain no reference to crashed UFOs/UAPs, much less ‘confirmation’ that the Pentagon or related organizations are, or ever have been, in possession of such.

“The information provided in the FOIA response seems to represent reports that are directly relevant to what was learned from the study of the UFO debris, and how insight gained from those studies might be applied in the future, but does not include a detailing of the found debris itself.

Disappointingly, the reports do not include much of what was requested, such as a physical description and the composition of the material, the origin of the material, and the names of the involved scientists. That remains classified. But technical pursuit areas derived from the study of those materials (i.e. invisibility, energy concentration, light speed control, intelligent metal) were, in part, released. The released documents help to inform us of the potential applications of the materials, but do not offer deep insight into precisely what the debris is made of. They speak of “recent experiments” that “provide new concepts” and of “theoretical developments that might result in new materials.” The DIA believes it is being responsive to the FOIA request by acknowledging UFO debris, its storage by Bigelow, and by identifying areas of future applications of these materials without having to actually name responsible parties, of what elements the material is comprised, how it is processed, etc.”

The reports don’t just “not include much of what was requested,” they don’t state or otherwise imply that the materials the Advanced Aerospace Threat Identification Program (AATIP), or its predecessor, the Advanced Aerospace Weapons Systems Applications program (AAWSA), or related agencies and private contractors, have been working on are based on UFO/UAP debris or research. As such, they do NOT “acknowledge UFO debris.”

The author is inferring that because what they released to him in response to him explicitly requesting such information were portions of detailed reports about a variety of theoretical (and, to some extent, presumably, applied) ‘cutting edge’ technological innovations, which he presumes are ‘alien-inspired’!

Maybe he is correct to do so. Maybe this is the best answer one can hope to receive from officialdom in terms of ‘positive confirmation’.