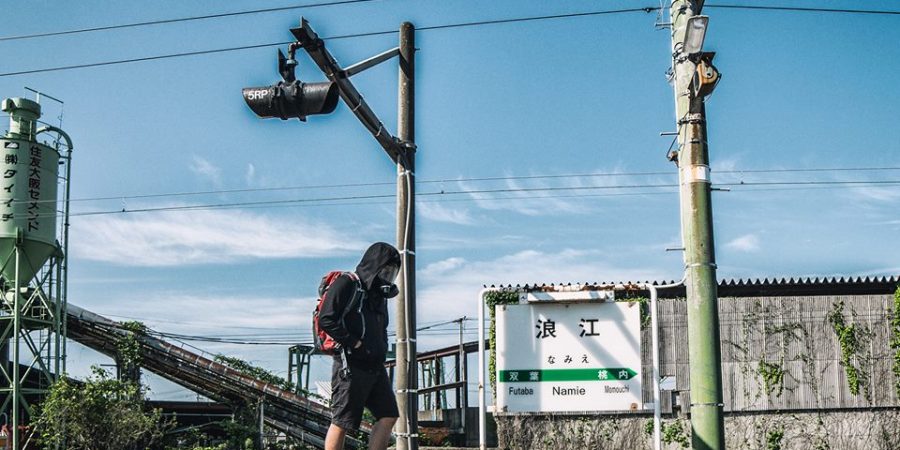 Never seen before photo of the fukushima exclusion zone. When i enter the red zone, i can feel a burning sensation in my eyes and thick chemical smell in the air. before i went there the authority told me that i need a special permit to visit this town and it take 3-4 weeks to get the approval from the local council,, well too much bureaucracy bull**** for me..so i just sneak in the forest to avoid cops on the road …AND IT WAS AMAZING !!!!!, I still remember what is like to only have a GPS and google map walking in the wood at 2am in the morning to get into the town of tomioka, okuma,futaba and namie.

Have you ever wonder what is like in fukushima exclusion zone now ??? . to feel what is like to be the only person walking in the town when you have 100% full access to every shop and explore??. when i was young i always had a dream like this, If i’m alone in a supermarket i will eat all the chocolate up XD ….

everything is exactly where it is after the earthquake struck this town . the residents started to evacuate the town when tsunami warning came in ….hours later the fukushima daichi power plant exploded that lead to harmful radiation leaked.

The radiation level is still very high in the red zone. not many people seen this town for the last 5 years…is like it vanished … i can find food,money,gold,laptop and other valuable in the red zone….I’m amaze that nobody looted this town clean. unlike chernobyl the entire town is been looted clean. this is the difference between chernobyl disaster and the fukushima disaster

Well this is the devastating effects of using nuclear energy. resident lives in fukushima will never be the same again… the radiation leak at red zone by the fukushima daichi power plant is damaging the environment and marine life??? in the pacific ocean , say no to nuclear energy today.

CNN, Jul 14, 2016: Photographer sneaks into Fukushima ‘Red Zone’… For more than half a decade, towns like Tomioka, Okuma, Futaba, Namie, have remained almost entirely lifeless, sealed off from the outside world, as the Japanese government keeps in place an exclusion zone for fear of radiation contamination. Last month, under the cover of night, photographer Keow Wee Loong and two colleagues slipped past authorities and made their way into the exclusion zone, taking a three-hour walk through the woods to reach the abandoned towns… There are few signs of life in the exclusion zone, Loong said, apart from a few cats and dogs; pets abandoned, now turned wild, he speculates. One dog chased the photographer and he was forced to fight him off with his tripod.

RT, Jul 14, 2016: Urban explorer and photographer Keow Wee Loong illegally visited abandoned settlements around the Fukushima Daichii nuclear power plant and produced a series of photos of a post-apocalyptic world inhabited only by feral beasts… Despite often venturing into abandoned sites, Loong was taken aback. “It’s very empty, it’s very quiet, and it’s kind of scary”… “Unlike Chernobyl, where everything valuable has been looted clean, here everything is in place.”… Unsettled by what he experienced, Loong got in his car and drove straight out… “I want people to see the devastating effect of a nuclear disaster like Chernobyl or Fukushima. I don’t care about the fame, but I want people to see those photos.”

Mailonline, Jul 12, 2016: Wearing a gas mask but no other protective clothing, Loong, 27, visited four of the evacuated towns in Fukushima – Tomioka, Okuma, Namie and Futaba – in June this year with friends Sherena Ng and Koji Hori… the towns have been completely untouched by humanity since then… [Loong said] If you visit any boutique or shopping mall in these towns, you will see the merchandise exactly where it was since 2011, nothing has been changed or moved.’… Loong added: ‘I even found money laying around the pachinko parlour, books dating back to 2011, gold and other valuables all still in place… Due to the high level of radiation, the adventurers only had a limited amount of time to explore all four towns and had to wear gas masks to protect themselves from the contaminated air. Loong explained: ‘The radiation level in the red zone could go as high as 4.8mSv – 6.5 mSv according to the reading on the electronic signboard on the road. ‘Upon arrival in the red zone, I could smell chemicals and felt a burning sensation in my eyes.’ … The urban explorers walked along an abandoned train station in Futaba, Fukushima, which was eerily devoid of life… ‘This was one of the creepiest things I have ever seen, I have been to many places, but nothing like Fukushima, the traffic lights are still operating but there are no cars around. ‘It all reminded me of the movie I Am Legend, like stepping foot into a post-apocalyptic city.’

Editor’s Comment: You’ll note that the images in the video below are much like scenes of a a post-apocalyptic movie or video game…very thought provoking. Hard to imagine there are those that still promote and defend the use of nuclear power plants.