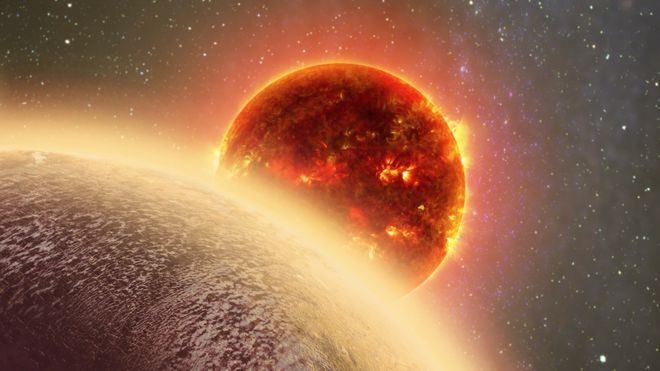 Planet GJ 1132b Found to Have Earth-Like Atmosphere

Astronomers have detected an atmosphere around GJ 1132b – a planet situated 39 light years away.

For the first time ever, the atmosphere around an Earth-like world in orbit around a distant star has been directly detected by scientists – a breakthrough that takes us one step closer to discovering habitable extraterrestrial worlds beyond our own solar system.

The planet, which is 1.4 times the size of the Earth, is believed to have a particularly thick atmosphere consisting of water, methane or a mixture of both.

Unfortunately though in this case, given that the surface temperature of GJ 1132b is thought to be in excess of 370C, the chances of there being life on this alien world are very slim indeed.

“To my knowledge the hottest temperature that life has been able to survive on Earth is 120C and that’s far cooler than this planet,” said lead researcher Dr John Southworth.

Nonetheless, detecting an atmosphere around any distant planet is an important achievement.

When the James Webb Space Telescope launches next year, it should become possible to analyze the atmospheres of a whole host of previously discovered extrasolar worlds.

“What we have shown is that planets around low mass stars can have atmospheres and because there are so many of those in the Universe, it makes it that much more likely that one might have life,” said Dr Southworth.