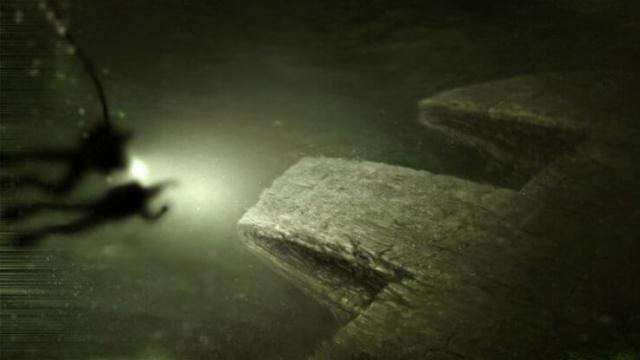 In the summer of 2011, researchers uncovered a very large and unusual object deep in the Baltic Sea.

The artifact’s shape is almost perfectly oval and it totals 60 meters in diameter. The first odd thing you can notice even from afar is that a still visible trail leads to the huge structure, which means it wasn’t there when the region wasn’t covered in water (millions of years ago) and it didn’t sink there either (if a vessel could even carry such a thing).

Ocean X, a private firm which works in the field of ocean exploring and treasure hunting, sent a ship to look for possible wreckage in the region, and their sonar revealed this strange formation that was too close to being round to be just a natural rock formation, as many have since claimed.

The crew claim that when in proximity to the UFO, especially when directly above it, most of the electric devices onboard were instantly turned off. 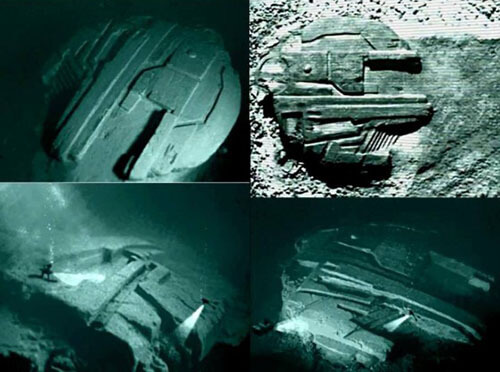 So two divers, Denis Asberg and Peter Lindberg went under to explore it, and what they found was even more amazing. Not only did they see the trail, but the large object had very straight and smooth walls and a stairway leading to the top platform. Also, they discovered a sort of an entrance of surprisingly symmetric oval shape.

“The surface is cracked, three is a black material that fills the cracks but we are unsure what this material is,” Peter Lindberg declared in an interview with FOX News.

In 20 years of work in the field, the two divers had never seen such a thing. It was the length of a commercial airliner, and the trail leading toward it gives hints of a possible crash and skid along the sea floor. Sediments gathered from the object’s surface could be dated to more than 14 000 years ago, which led historians to believe we’re dealing with another advanced ancient civilizations, such as the Sumerians or the Incas.

On the surface, the explorers have also reported seeing carvings like shapes they say don’t appear to be natural. The wreckage sits at a depth of 90 meters and waters in the area are always muddy, factors that make it virtually impossible to film or photograph the site.

When all the crew was back onboard and they had reached a considerable distance from the site, the electronic equipment suddenly started working again. 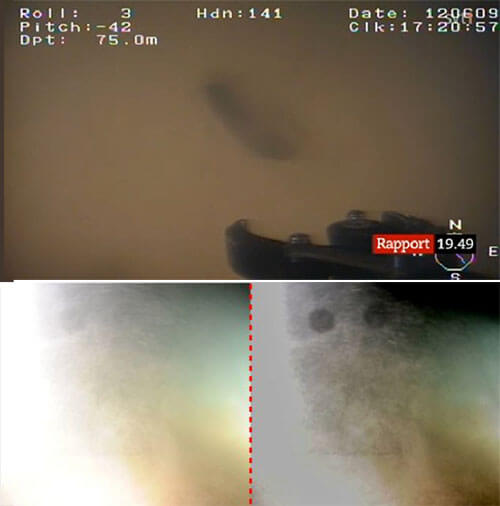 A 2011 EXPEDITION REVEALED STRANGE, ARTIFICIAL HOLES ON THE SURFACE OF THE BALTIC ANOMALY.

Debates haven’t stopped since and opinions widely vary, but one certain thing is there is more to be discovered than we already know. Also, there is much more we could know from what was already discovered, because the television company that provided the funds for the expedition wouldn’t allow any members of the crew to disclose more than they have to the public.

People onboard say the amount of bizarre information they have found and are forbidden to share exceeds what we have already learned about the site. Now Ocean X awaits further funding in order to conduct more research and possibly retract more evidence, but we highly doubt they will get any if they didn’t by now, which leads us to believe we’re dealing with more than just an esthetic rock formation, and somebody doesn’t want us to know. I wonder if there’s any scuba diving in Latvia…