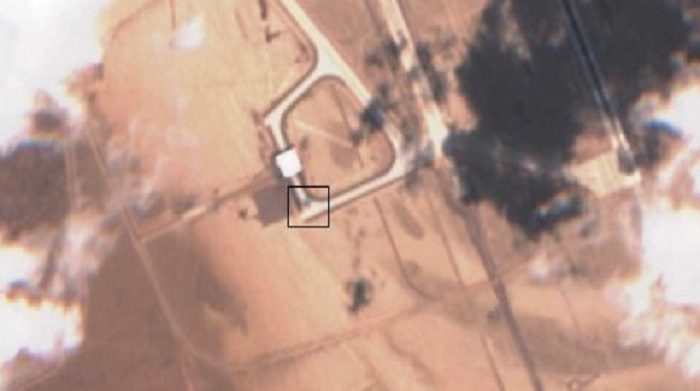 A satellite image taken on August 1st appears to show something large sitting outside a remote hangar at the base.

There are few places on Earth as notoriously secretive as Area 51 – a remote facility in the Nevada desert that has become synonymous with stories of reverse-engineered alien technology and the development of highly advanced black projects that next to nobody knows anything about.

Potential new evidence of such activities has been doing the rounds this week after a satellite photograph was posted online and distributed around various sites and message boards.

It shows what appears to be an object – possibly an aircraft – sitting outside an isolated hangar (the purpose of which also remains unclear) at the southern end of the base.

While at a glance the object is so indistinct that it’s difficult to make out, many people – including defense and military technology experts – have expressed interest in the image.

There have been confirmed sightings of mystery aircraft on the runways of Area 51 before, so it is certainly not outside the realms of possibility that this could be one as well.

If it is an aircraft, it’s quite a big one – potentially even wider than the runway it is sitting on.

A further analysis of the image by Twitter user Ruben Hofs can be viewed below.

While searching trough some places on the sentinel-2 hub my eye caught a small blip on the taxiway just outside of the southern most hangar at #area51. Could this be a blackproject?🕵️‍♂️or is it just a wet spot or a shadow on the taxiway?👀Let me know what you think.. pic.twitter.com/gvyIuuI6yr