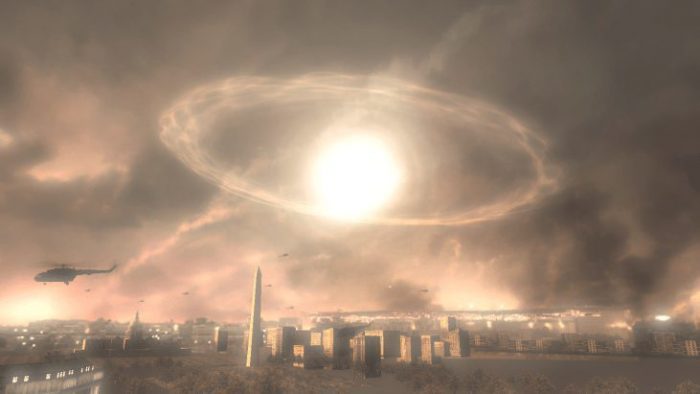 Russia, China and several other nations are developing powerful high-altitude nuclear bombs that can produce super-electromagnetic pulse (EMP) waves capable of knocking out critical electronic infrastructure, according to several declassified 2017 reports from the now-defunct Commission to Assess the Threat to the United States from EMP Attack (see below).

“Foreign adversaries may aptly consider nuclear EMP attack a weapon that can gravely damage the U.S. by striking at its technological Achilles Heel, without having to confront the U.S. military,” reads the report, which notes how foreign actors could use EMP attacks virtually anywhere in the world.

“Super-EMP” weapons, as they are termed by Russia, are nuclear weapons specially designed to generate an extraordinarily powerful E1 EMP field. Super-EMP warheads are designed to produce gamma rays, which generate the E1 EMP effect, not a big explosion, and typically have very low explosive yields, only 1-10 kilotons … Even EMP hardened U.S. strategic forces and command, control, communications and intelligence (C3I) systems are potentially vulnerable to such a threat. –Firstempcommission.org 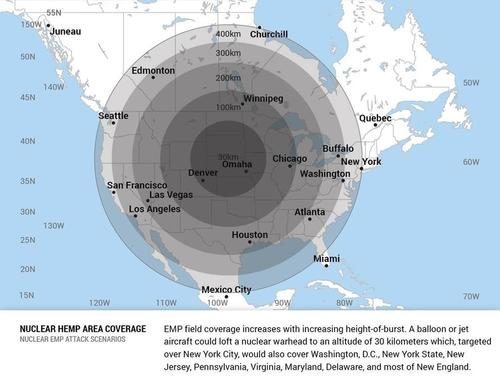 “Nuclear EMP attack is part of the military doctrines, plans, and exercises of Russia, China, North Korea, and Iran for a revolutionary new way of warfare against military forces and civilian critical infrastructures by cyber, sabotage, and EMP,” the report continues.

“The Commission sees the high-altitude nuclear explosion-generated electromagnetic pulse as an existential threat to the survival of the United States and its allies that can be exploited by major nuclear powers and small-scale nuclear weapon powers, including North Korea and non-state actors, such as nuclear-armed terrorists.” 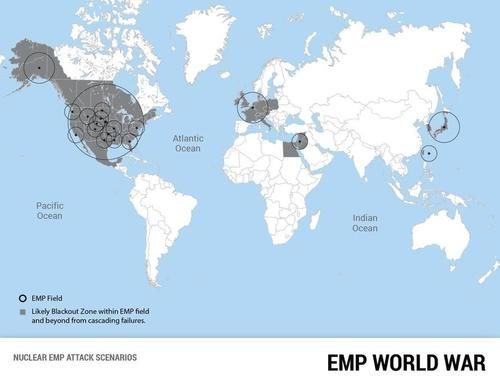 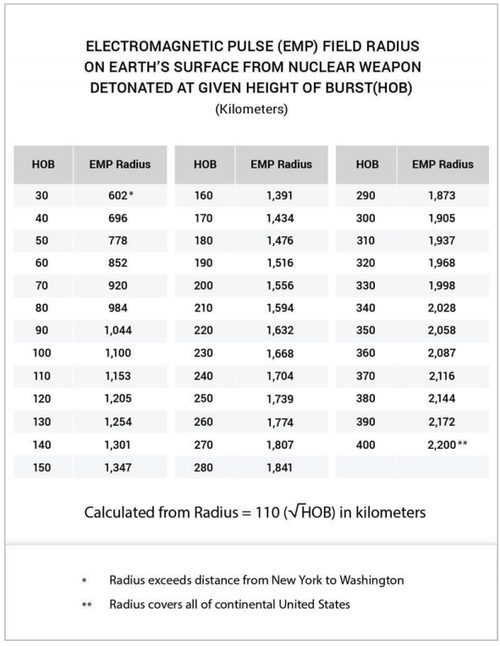 Nuclear-electronic warfare is also known as “Blackout War” according to the Washington Free Beacon. EMP attacks will be carried out at such high altitudes they will produce no blast or other immediate effects harmful to humans. Instead, three types of EMP waves in seconds damage electronics and the strikes are regarded by adversaries as not an act of nuclear war.

“Potential adversaries understand that millions could die from the long-term collateral effects of EMP and cyber-attacks that cause protracted black-out of national electric grids and other life-sustaining critical infrastructures,” the report said.

The attacks are regarded by enemy military planners as a relatively easy, potentially unattributable means of inflicting mass destruction and forcing opponents to capitulate.

EMP strikes can be adjusted in the size of the area and the intensity of the wave by detonating at different altitudes. The closer to the earth the more powerful is the pulse. The higher the altitude, the wider the area of impact. –Free Beacon

EMP attacks do not require accuracy, nor do the bombs require a re-entry vehicle, heat shield or shock absorbers like standard nuclear weapons, and they can be delivered through several methods – including satellites, short – medium – long range missiles, or even from a jet, commercial airliner or a meteorological balloon.

We’ve seen how this ends:
You can find the documents here,
The Commission’s recommendations are as follows:

Recommendation 1: The Commission recommends the President establish an Executive Agent with the authority, accountability, and resources to manage U.S. national infrastructure protection and defense against the existential EMP threat.

Recommendation 2: The Commission strongly recommends that implementation of cybersecurity for the electric grid and other critical infrastructures include EMP protection.

Recommendation 3: The Commission encourages the President to work with Congressional leaders to establish a joint Presidential-Congressional Commission, with its members charged with supporting the Nation’s leadership to achieve, on an accelerated basis, the protection of critical national infrastructures.

Recommendation 5: The Commission recommends that the Department of Defense and the Department of Energy provide expedited threat-level, full-system testing of large power transformers in wide use within the bulk electric system and share key findings with the electric utility industry.

Recommendation 6: The Commission recommends the Director of National Intelligence circulate to all recipients of the 2014 JAEIC report the EMP Commission critique and direct a new assessment be prepared that supersedes the 2014 JAEIC EMP report.

And for what to do after an EMP attack, the Commission has provided a handy report titled: “LIFE WITHOUT ELECTRICITY: STORM-INDUCED BLACKOUTS AND IMPLICATIONS FOR EMP ATTACK”