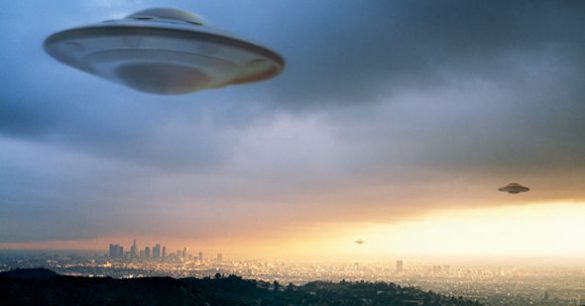 For five years Luis Elizondo led the Advanced Aerospace Identification Programme (AATIP), tasked with studying unexplained aerial sightings. The official said he left the Pentagon because he felt that authorities were failing the public keeping information about UFOs secret and underestimating their potential threat.

The international community should evaluate potential threats posed by UFOs, Luis Elizondo, former pentagon official and ex-head of the US government agency that studied UFOs told Live Science. “There’s something in our sky and we don’t know what it is, we don’t know where it’s from. Is that a problem? From a national security perspective, yes, it’s a problem. We need to understand what these are, in order to make a determination if they’re a threat”, Elizondo said.

During his tenure at AATIP he examined numerous cases of unexplained aerial sightings, many of which, Elizondo said, turned out to be technology malfunctions or misidentifications. However, many videos were recorded by military officers in restricted airspace. Among them were three videos of US pilots chasing aerial phenomena. The videos were first posted by the To The Stars Academy of Arts and Science and later released by the US Navy.

Elizondo said other UFO sightings studied by AATIP involved objects flying at a rate five times faster than the speed of sound. Moreover, the objects didn’t have wings or means of propulsion and performed maneuvers that would subject them to 700 Gs. For comparison airplane cockpits can withstand 18 Gs, while humans can endure 9 Gs for a few seconds.

“It would be my hope that we can find elegant solutions to what these things are. If you can show me one technology that mankind has ever been able to build that does that, great! But so far no one’s been able to show that, to me or anybody in the US government”, Luis Elizondo told Live Science.