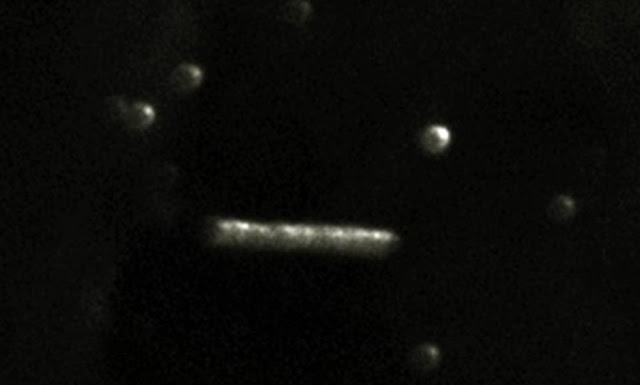 On November 29, 2017 a sky-watcher from North Carolina was out collecting data on M42 Orion Nebula with his 8 in astrograph / Newtonian Telescope when a giant cylinder shaped UFO appeared on his laptop screen which he captured in a single 30.2 second frame. 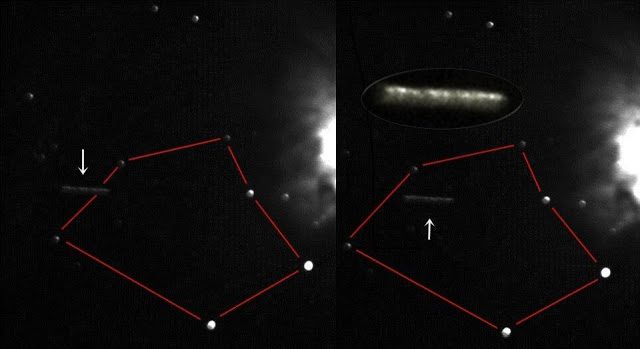 Now, On December 11, 2017 it was another night of capturing data on M42 Orion Nebula when he started to see a cylinder shaped object from the third frame, but the object didn’t appears in all the frames that were taken even at different exposure times which could mean that it moved very fast through space.

The fact that within two weeks the sky-watcher has caught an object that is similar in shape and size cannot be a coincidence anymore.

Besides, if you compare the location of the object on November 29 with its location on December 11, then you see that it has moved to other side of Orion Nebula which is a strong indication that it could be an interstellar alien craft that currently is moving around the same spot in outer space. Mufon case 88789. 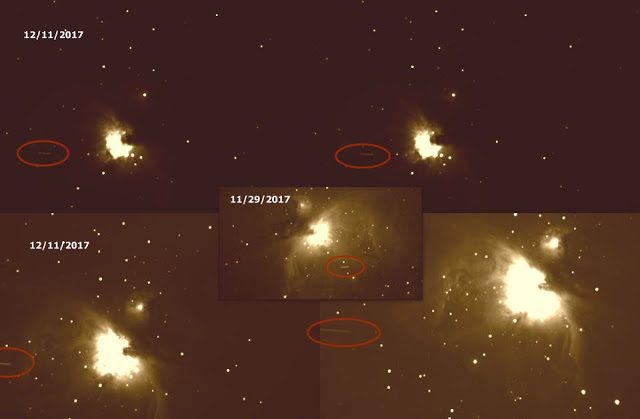 Below a GIF animation showing the movement of the cylinder shaped alien craft captured on December 11, 2017.