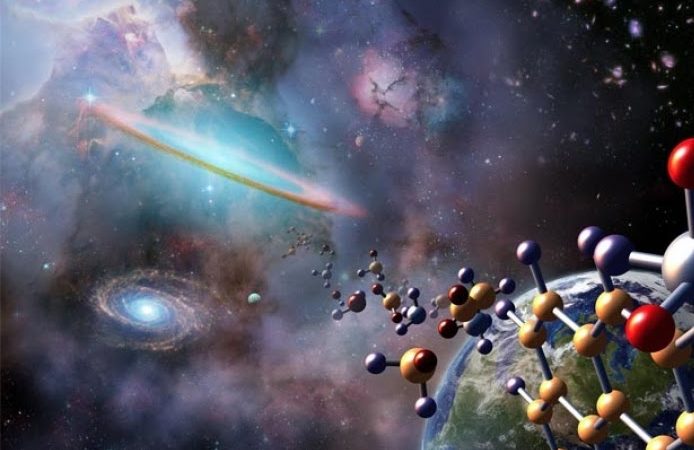 Primitive plants are the latest forms of Earth life to show they can survive in the harshness of space, and for many months. Cold-loving algae from the Arctic Circle have joined the space-travelling club, alongside bacteria, lichens and even simple animals called tardigrades.

Preliminary studies of the algae after their return to Earth from the International Space Station lend some weight to the “panspermia” theory, that comets and meteorites could potentially deliver life to otherwise sterile planets. The results also provide insights into the potential for human colonies on distant planets to grow crops brought from Earth.

The algae were a species of Sphaerocystis, codenamed CCCryo 101-99, and were returned to Earth in June last year after spending 530 days on a panel outside the ISS. While space-borne, they withstood the vacuum, temperatures ranging from -20 °C at night to 47.2 °C during the day, plus perpetual ultraviolet radiation of a strength that would destroy most life on Earth if not filtered out by the atmosphere.

“I’m sure that plants of many kinds have been on the ISS before, but on the inside, not the outside,” says Thomas Leya of the Fraunhofer Institute for Cell Therapy and Immunology in Potsdam, Germany, who organised the algae experiment. “As far as I know, this is the first report of plants exposed on the surface of the space station.”

It was Leya who discovered CCCryo 101-99 on Norway’s remote Svalbard peninsula. When dormant, these algae develop thick walls and become orange cysts rich in protective carotenoids, the substances that give carrots their colour.

But when seasonal rains arrive, they rapidly resume making chlorophyll and turn green again. “If you give them water, the cysts germinate and revive,” says Leya.

Leya chose CCCryo 101-99 for the space ordeal based on its ability to withstand extreme cold and drying out. To help the algae through, he dried them out beforehand and coaxed them into the dormant, cyst-like state where they simply ticked over, without reproducing, feeding or multiplying.

All samples were open to space but overlaid with a transparent filter to reduce the radiation exposure (pictured, top). All but one sample survived.

Preliminary results the institute released last week showed that within days of their return, all the algae bounced back to normal. “Within just two weeks they become green again,” says Leya.

Team members at the Technical University in Berlin will now explore the extent of damage to the algal DNA, as this could give insights into the capacity of plants to survive and multiply away from Earth.

“These algae had been desiccated before they went into space, and during their time on the ISS they were kept dormant, with no growth, no development and almost no metabolism,” says René Demets of the European Space Agency. “But the experiment shows that some terrestrial organisms are robust enough to cope with months of exposure to open space conditions without a space suit.”

Leya also sent up photosynthesising microbes called cyanobacteria, specifically a species discovered in Antarctica, and found that it survived.

The work formed part of a bigger experiment called Biomex, led by Jean-Pierre Paul de Vera of the German Aerospace Centre in Berlin. It included mosses from the Alps, black microfungi from the Antarctic, desert lichens, and various bacteria.