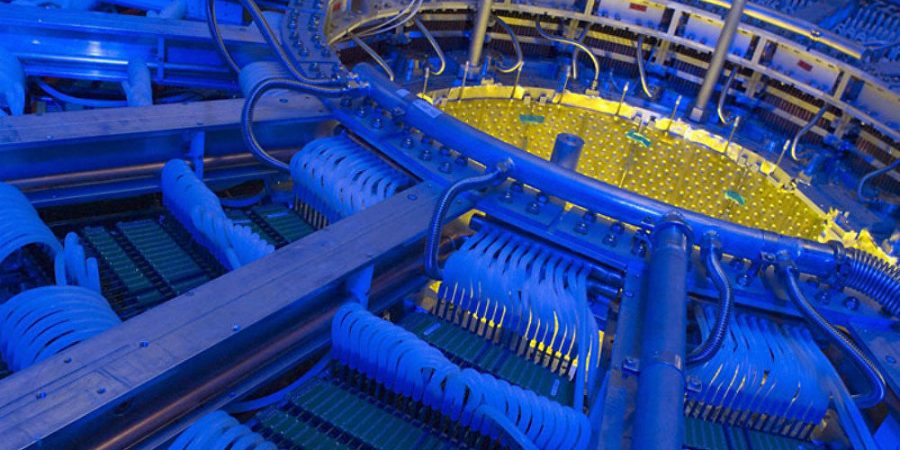 New research suggests that quarks – the very basic building blocks of matter that make up protons and neutrons – can be fused to produce a massive amount of energy that is more powerful than nuclear fusion.

Quarks are elementary particles that combine to form hadrons — composite particles held together by strong forces, like protons and neutrons — and baryons, which are subatomic particles made up of three quarks.

There are six types of quarks, also known as “flavors:” up, down, strange, charm, top and bottom.

Quarks can be produced through the collision of atoms inside high-speed particle accelerators like the Large Hadron Collider, the world’s largest and most powerful particle collider underneath the Swiss Alps. In addition to forming hadrons, quarks can also collide in a particle accelerator to fuse into baryons.

A new study published in the Nature Journal by researchers at Tel Aviv University and the University of Chicago reveals that two bottom quarks could theoretically fuse together to produce what is called a doubly-charged baryon and generating 138 megaelectronvolts of energy in the process — eight times more energy than the nuclear fusion reactions that take place inside hydrogen bombs and stars, in which hydrogen atoms fuse into larger helium atoms.

However, according to researchers, this “quark fusion” cannot be used to produce quark bombs.

“We suggest some experimental setups in which the highly exothermic nature of the fusion of two heavy-quark baryons might manifest itself. At present, however, the very short lifetimes of the heavy bottom and charm quarks preclude any practical applications of such reactions,” the study says.

A hydrogen bomb explosion happens when many individual fusion reactions occur in a runaway, self-sustaining reaction. This is not possible with heavy quarks because they decay into lighter and less active versions after only a trillionth of a second, and thus do not stick around long enough to be consumed as fuel by an sort of explosion.

“A nuclear fusion that occurs in a reactor or a hydrogen bomb is a chain reaction in a mass of particles, creating a huge amount of energy,” said study author Marek Karliner.

“This is not possible by melting heavy quarks, simply because the raw material cannot be accumulated in the melting process.”