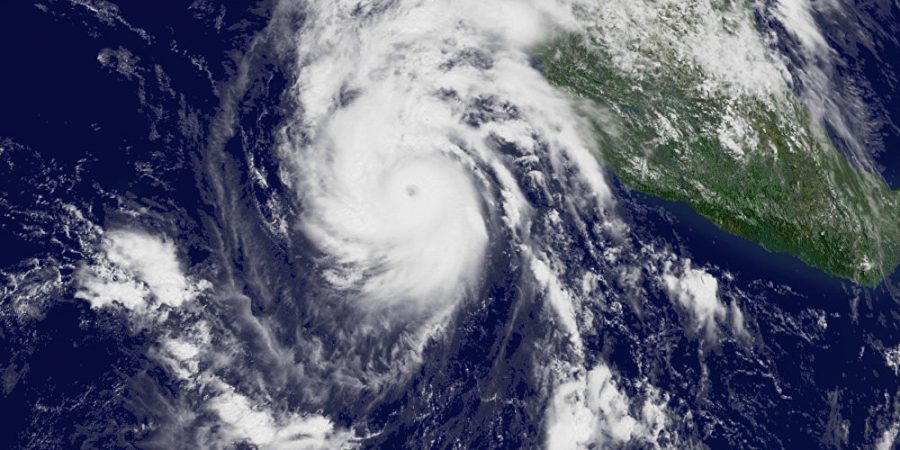 Scientists have detected an elusive kind of seismic wave, the S wave, and managed for the first time to trace the source of the tremor.

For the first time, scientists have tracked an unusual type of deep-Earth tremor which could help them to understand more about the inner structure of the Earth, and improve detection of earthquakes and oceanic storms.

Researchers in Japan used a network of seismic sensors to observe S waves with a velocity of 20 to 22.2 km per second, which originated from a rapidly strengthening cyclone over the North Atlantic Ocean, off the coast of Greenland.

These waves are typically lost within Earth’s seismic background noise. However, the researchers found the waves by combining and analyzing data from 202 extra-sensitive seismic stations in Japan.

“Using a seismic array in Japan, we observed both P and S wave microseisms excited by a severe distant storm in the Atlantic Ocean,” Kiwamu Nishida and Ryota Takagi reported in their paper, published in the Science journal on Friday.

“The seismic energy traveling from weather bombs through the Earth appears to be capable of illuminating the many dark patches of Earth’s interior.” 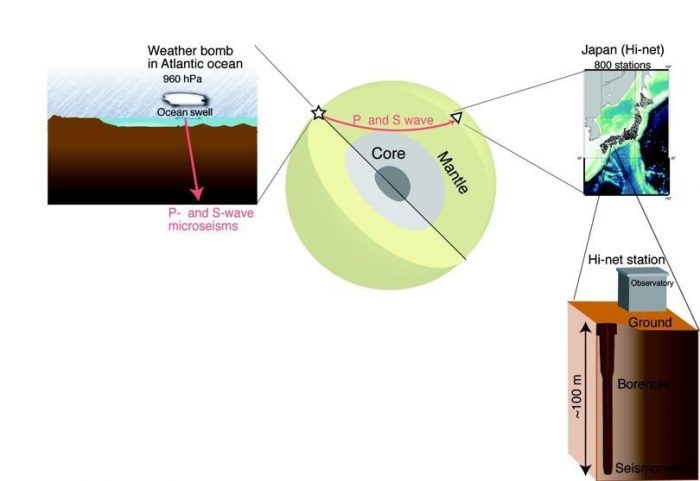 The ‘weather bomb’ detected in Japan

Seismic waves are the waves of energy caused by the sudden breaking of rock within the earth, or an explosion. There are two main types, body waves and surface waves. The seismic energy from earthquakes is radiated as surface waves and body waves. Longitudinal, or P (primary) waves are the fastest kind of body wave and are routinely detected by researchers. They push and pull particles in the same direction that the wave is moving in, in the same way as sound waves push and pull the air.

Transverse, or S (secondary) waves are slower than P waves, and cause particles to oscillate up and down as the wave passes by. They are harder to detect, and until now, an S wave had never been traced to its source before.

In an accompanying commentary on the Japanese research, Peter Gerstoft and Peter Bromirski of the University of California, San Diego said that studying microseismic S waves may “add to our understanding of the deeper crust and upper mantle structure,” and “give seismologists a new tool with which to study Earth’s deeper structure.”