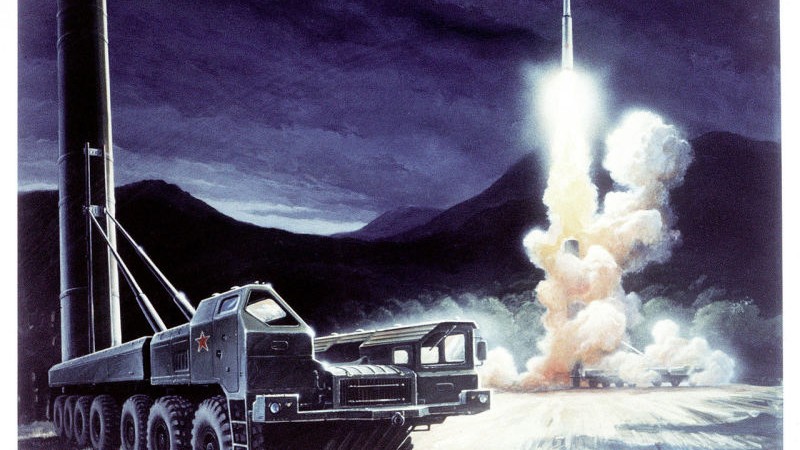 Russian scientists want to modify existing intercontinental ballistic missiles to deliver a nuclear warhead that will supposedly obliterate near-earth asteroids that measure up to 50 meters across. They want to test this capability against Apophis, a well known near-earth asteroid that will pass close to Earth in 2036.

I mean, what could go wrong, right?

Sabit Saitgarayev of the Kakeyev Rocket Design Bureau’s is the leading researcher on this, and recently told TASS News why an ICBM is their asteroid plinking platform of choice:

“Most rockets work on boiling fuel. Their fueling begins 10 days before the launch and, therefore, they are unfit for destroying meteorites similar to the Chelyabinsk meteorite in diameter, which are detected several hours before coming close to the Earth. For this purpose, intercontinental ballistic missiles can be used, which requires their upgrade,” the scientist said.

The improved missiles could be used as the killers of the Apophis asteroid, “which will come dangerously close to the Earth in 2036,” he added.

Basically he’s saying that solid-fueled ICBMs, designed to be launched at a moment’s notice in order to send a pack of nuclear warheads across the globe, are much better suited for dealing with “surprise asteroids” that pose a threat to mankind.

He’s probably right. Using a solid-fueled rocket does make a lot sense for this type of mission, and the idea of turning the world’s deadliest weapon into something that could potentially save millions, or even billions of lives, is intriguing. But the whole “blowing a meteorite to smithereens” thing is a little concerning. If the meteorite were not vaporized, it could turn one big problem into many smaller problems that still could wreak havoc on earth.

If all of this sounds like doom-and-gloom, or a page out of a bad ‘90s disaster movie, know that scientists have addressed this possibility of a large asteroid striking the planet. Here is Neil DeGrasse Tyson giving a little narrative of what a hit from Apophis would look like here on Earth:

Now the Kakeyev Rocket Design Bureau’s asteroid blasting project is seeking seven million dollars and the OK from the Ministry of Defense to modify one of their ICBMs. As far as which ICBM type they want to use remains unclear, but Russia is working to rapidly upgrade its land-based ICBM arsenal so there are surely hand-me downs available.

Still, some scientists say the nuclear option is the way to go, while others are firmly against it and want to use gravitational tugs, kinetic impacts or even the solar wind to push killer asteroids off course. The fact is that these other options take time which we may not have, especially for attempting to deflect smaller asteroid impacts. Although we are now tracking the 10,000 largest “earth killer” asteroids, 100 times more exist that we do not track but can still do horrific damage to life on our planet.

No matter what, we really needed get moving on a plan for such an event yesterday, and this one may be the simplest way for dealing with at least some of the asteroids that we won’t see coming until it is too late.

When you think about it, it is pretty strange that we spend over half a trillion dollars a year on defense against other humans, when we could all just as easily be wiped out, or at least partially, by a giant rock just going about its business in space. It shows just how near-sighted the human race is, especially considering we have the technology to protect ourselves.