Scientific Crop Circle Research Being Held Back by Links to UFOs

While it is generally accepted that artists, not aliens, are responsible for the mysterious and intricate patterns that appear in farmers’ cereal fields, how they create such large-scale patterns without leaving a trace of evidence remains a mystery.

It is hard to imagine how the enormous, symmetrical and intricate designs could be created, and that puzzle has led to crop circles becoming a platform for all sorts of conspiracy and UFO-related theories.

But some believe that association is holding back research that could progress agronomy, and is stifling the opportunity to study a living art movement.

Professor Richard Taylor, who lectures in art, physics and psychology at the University of Oregon in the United States, said more effort should be made to figure out the who and the how of crop circles.

“I just find it absolutely fascinating that each year around the world these crop circles keep on appearing and it remains a mystery,” Professor Taylor said.

According to websites that keep track of crop circles, there have been more than 12,000 created around the world. 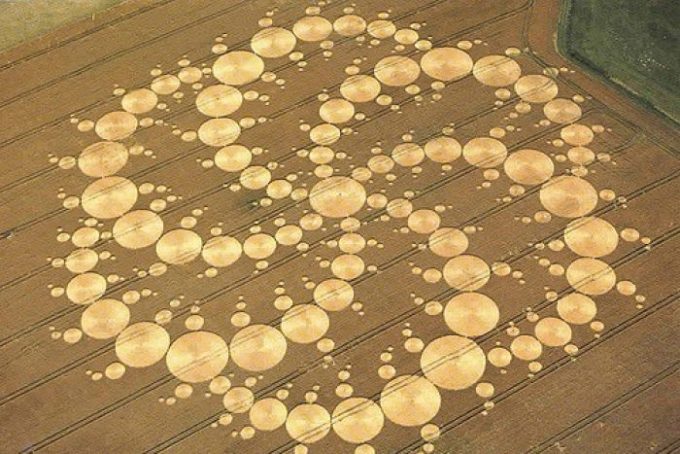 PHOTO: This circular design made up of 409 individual circles with a diameter of 238 metres appeared in 2001 in Wiltshire, UK. (Supplied)

“There is a huge amount of rigorous fundamental science that could be got out of this research, but many scientists are put off getting into crop circles because they are considered a crazy thing,” Professor Taylor said.

The professor, whose interest in patterns in nature led him to piece together earlier scientific research, published his findings in the journal Physics World in 2011.

Scientific research in the field is based on the work of biophysicists, who in the 1990s discovered plants from crop circles had elongated and pliable plant nodes that allowed rigid plant stems to be bent without breaking.

The researchers, W.C Levengood and Pat Delgado, concluded the plants had been exposed to a form of electromagnetic energy.

“Could you take out the microwave source, which is a little thing called a magnetron, then could you go into the crop field to deliver this super-heating?” he asked.

“At the moment no one has done it, but it should be possible.”

This rational explanation does not convince Australian nurse Megan Heazlewood, a self declared “independent crop circle researcher”, who is currently roving the country running talks on the phenomenon.

She was hooked when she saw a photo of a circle for the first time, describing crop circle research as “a big rabbit hole”.

“When I saw them I was amazed, stunned by their beauty. My natural sense of curiosity kicked in and I had to find out more,” Ms Heazlewood said.

That led her to the United Kingdom, where she visited more than 20 crop circles, and then began her research in Australia, where she says there have been 71 crop circle incidents.

Ms Heazlewood is hoping to interest farmers and soil and plant experts in the body of crop circle plant research.

“Crop circles have appeared in all sorts of crops, even silverbeet and rice paddies,” she said.

“But the ones in canola are the most extraordinary in my opinion … canola has a consistency like celery. If you bend canola, at 45 degrees it snaps. 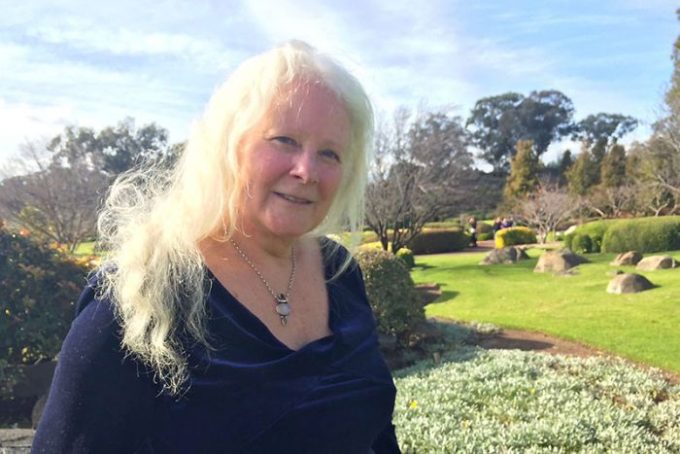 PHOTO: Megan Heazlewood has given up her nursing career to devote more time to running talks about crop circles. (Photo: ABC Rural)

“In canola fields the plants are bent at 90 degrees to an inch above the ground.

“If you stomped a crop of canola down you would get mush — the delicate flower head would be totally destroyed. But in crop circles eventually the plant will stand up again.”

For Ms Heazlewood, the crop circle art forms — which often appear in remote and hard to access locations, with designs layered with symbolism — are not the work of humans.

But Professor Taylor said those conclusions were the essence of what an underground art movement set out to achieve — fool the public into believing a supernatural force had created the works.

“I know the UFO supporters always say these patterns are so intricate a typical human being couldn’t do them,” Professor Taylor said.

“But that’s the mark of a very good artist.

“Most of us can’t paint like Leonardo da Vinci, but we don’t think the Mona Lisa was created by UFOs just because it is spectacularly difficult.”

The biophysicist found that seeds from crops where the patterns had been embedded in the field late in the season grew four times as fast as control samples.

“They were very interested in developing this as a way to speed up the growth of crop seeds,” said Professor Taylor, who would like to see scientists put aside the ‘crazy’ tag attached to crop circle research and do further investigations.

“With art movements we tend to study them after the fact, when artists are no longer with us, and here we have this amazing art movement going on and we’re not studying it at the moment,” he said.