The University of New South Wales (Australia) and the US Massachusetts Institute of Technology (MIT) have published a joint report where they reveal the best places where alien life might have developed. It seems that after all, our universe might be crawling with alien life.

Australian scientist Ian Morrison of the University of New South Wales and Michael Gowanlock from Massachusetts Institute of Technology (MIT) have published a joint report in the journal Astrobiology revealing where in space it is more likely to encounter Alien life. The study claims that intelligent life could be found in the center of the Milky Way and other nearby galaxies, as they offer better conditions to develop technologically advanced civilizations. This hypothesis contradicts the common point of view of the scientific world about alien life. 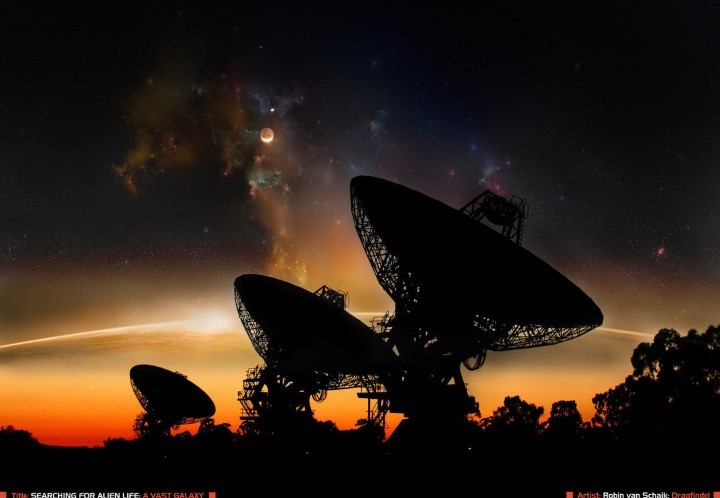 SETI has got to change their area of search according to Ian Morrison and Michael Gowanlock
So far experts believed that the periphery of galaxies was more suitable for life, because in those places supernovae explode less frequently and, therefore, are less likely to destroy a civilization. Morrison and Gowanlock have based their thesis on a computer model that virtually shows the evolution of life in the galaxy. According to experts, intelligent life in the centers of galaxies arises more frequently and noticeably faster, about 2,000 million years earlier than it would in the surrounding areas.

Scientists believe that the planet hosting alien life would be located in the central area, and with better conditions, any civilization inhabiting the planet would have enough time to develop technology and protect themselves from the supernova radiation and even leave their planet for another one.

Scientists believe that their experiment shows that organizations like the Center Search for Extraterrestrial Intelligence (SETI) have to move the search for signs of intelligent life in space from the periphery to the center galaxies, as this is the most likely place to find alien life.

Ian S Morrison and Michael G Gowanlock state the following in their study:

“Previous studies of the galactic habitable zone have been concerned with identifying those regions of the Galaxy that may favor the emergence of complex life. A planet is deemed habitable if it meets a set of assumed criteria for supporting the emergence of such complex life. In this work, we extend the assessment of habitability to consider the potential for life to further evolve to the point of intelligence-termed the propensity for the emergence of intelligent life, φI. We assume φI is strongly influenced by the time durations available for evolutionary processes to proceed undisturbed by the sterilizing effects of nearby supernovae. The times between supernova events provide windows of opportunity for the evolution of intelligence.”

They added: “We developed a model that allows us to analyze these window times to generate a metric for φI, and we examine here the spatial and temporal variation of this metric. Even under the assumption that long time durations are required between sterilizations to allow for the emergence of intelligence, our model suggests that the inner Galaxy provides the greatest number of opportunities for intelligence to arise. This is due to the substantially higher number density of habitable planets in this region, which outweighs the effects of a higher supernova rate in the region. Our model also shows that φI is increasing with time. Intelligent life emerged at approximately the present time at Earth’s galactocentric radius, but a similar level of evolutionary opportunity was available in the inner Galaxy more than 2 Gyr ago. Our findings suggest that the inner Galaxy should logically be a prime target region for searches for extraterrestrial intelligence and that any civilizations that may have emerged there are potentially much older than our own.”

How likely is it that we will find life in the near future? Even though many NASA scientists and highly ranked officials believe we will meet our cosmic neighbours in the next 25 to 30 years, there are people who believe that Alien beings are far more advanced than us, making it nearly impossible for us to detect their presence in the universe. What do you think?