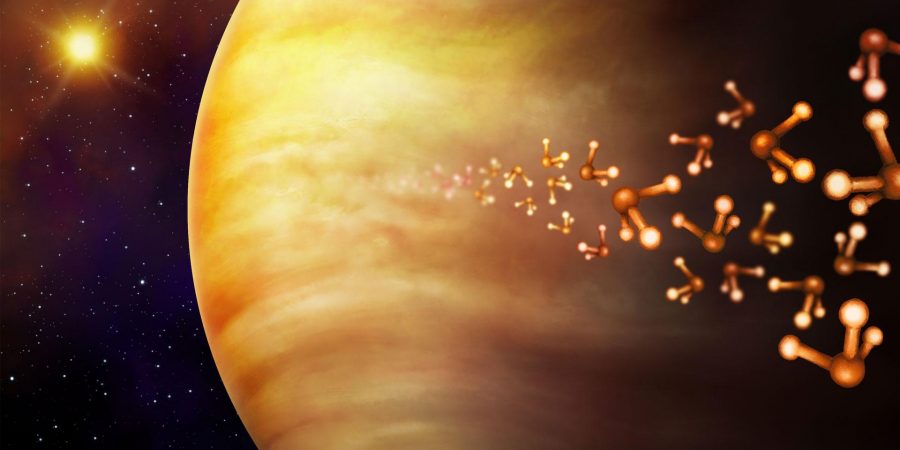 Scientists have discovered the potential for biological activity within the atmosphere of Venus. While researchers didn’t spot little alien guys flying around the planet in their spaceships, one recent journal study reveals the existence of phosphine in the planet’s atmosphere. Not only that, but Rakesh Mogul and other researchers from Cal Poly Pomona suggest “biologically relevant chemicals” exist in the air surrounding Venus.

Here on Earth, phosphine, of course, is a chemical largely produced by living organisms. That, combined with the aforementioned biologically relevant chemicals, has scientists scratching their heads on whether or not life could live on Venus.

The team adds, “The presence of these chemicals suggest that Venus’ clouds are not at equilibrium; thereby, illuminating the potential for chemistries yet to be discovered. Further, when considering the potential habitability of Venus’ clouds, our work reveals a potential signature of anaerobic phosphorus metabolism (phosphine), along with key chemical contributors towards anoxygenic photosynthesis (nitrite) and the terrestrial nitrogen cycle (nitrate, nitrite, possibly ammonia, and N2).”

What’s this all mean, exactly? At the very least, it means Venus’ atmosphere simply has some of the same chemicals produced by living things here on Earth. Whether or not those same chemicals can be produced by Venus-bound objects — living or otherwise — have yet to be seen.

Mogul and his team do say, however, the existence of these chemicals could be evidence of redox disequilibria, processes that suggest the existence of life in some shape, way, or form, even if it means microorganisms living in the atmosphere.

“The focus on the minor and trace [chemical] species was minimal,” Mogul recently told The Planetary Society. “That’s what we realized after looking at the archival data and the associated publications. We immediately found signals in data that other publications hadn’t discussed or mentioned. That was all we needed for motivation to keep going.”

The full study can be read here.