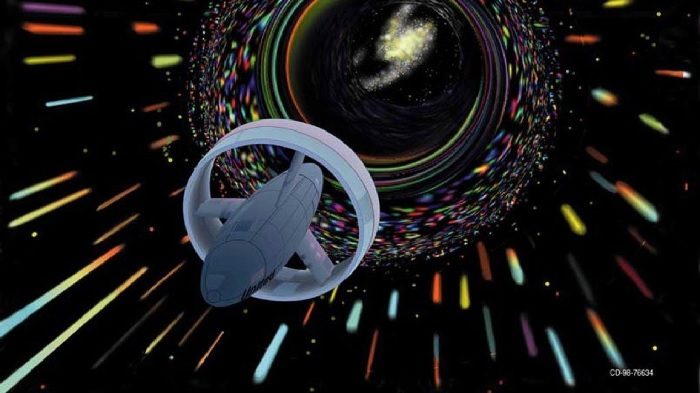 Scientists Simulate a Wormhole and Send a Message Through it

On the face of it, a wormhole might seem like a straight forward concept – link two black holes in different parts of the cosmos to create a tunnel through which a space traveler could pass.

In reality however, it’s not quite that simple.

It’s certainly an idea that has been around for a while – physicists Albert Einstein and Nathan Rosen took a very serious look at the concept in connection with Einstein’s general theory of relativity, theorizing the existence of what is known as an “Einstein-Rosen bridge.”

In recent years however, physicists have cast serious doubt on the possibility that such a structure could ever remain stable long enough for someone to actually travel through it.

Now though, scientists have revealed that they have been able to simulate two minuscule black holes in a quantum computer and create a stable wormhole between them.

What’s more, they were even able to transmit a message through it.

Of course it’s important to emphasize that this is a quantum simulation of a wormhole and not an actual physical wormhole, but even so, it demonstrates that creating one for real might actually be possible in the (distant) future.

“So that’s what we can say at this point – that we have something that in terms of the properties we look at, it looks like a wormhole.”