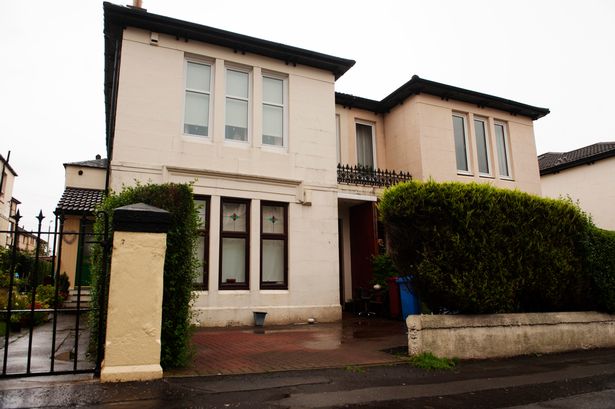 PERPLEXED officers on a call to a disturbance saw lights going off, clothes flying across a room and a dog, which was playing in the garden, suddenly perched on top of a 7ft hedge.

Police investigating reports of disturbances at a house were left stunned when they witnessed paranormal activity.

The officers witnessed clothes flying across a room, lights going off and when they went back on the lampshades were upside down and oven doors opening and closing. Even a chihuahua dog which was playing in the garden was then discovered sitting on top of a seven-foot hedge.

The family who live at the property had called the police in a panic. They endured two days of the bizarre occurrences before moving out of the property in Rutherglen, South Lanarkshire.

The situation has been discussed at high levels within Police Scotland, with senior officers perplexed as to how they best handle the incidents.

A police source said: “These were incidents that were witnessed by our own officers. Incidents that are not easily explained.

“One problem we’ve got is where we go from here as no crime has been established, so what else can we do but deal with any reports of disturbances.

“But officers with more than 20 years’ service are saying they’ve never seen anything like this. It really is something that down-to-earth police officers are having trouble getting their heads round.

“How do you handle what, despite us liking to use the word, has been described as a poltergeist.”

The family at the centre of the drama are devoutly Catholic and police did seek assistance from the church.

A priest has been to the house in Stonelaw Road and performed what has been described as a ‘blessing’ at the property.

The saga unfolded when the family, a woman and her son in his early teens, contacted police on Monday and Tuesday to report ‘disturbing incidents’ in her home. The woman and the teenager, described as extremely distressed, had been experiencing violent and unexplained circumstances and in desperation contacted police.

“The officers attended expecting it to be a mental health issue but they witnessed the lights going off, clothes flying across the room and the dog sitting on top of the hedge.

“The officers called their superiors who also attended thinking the cops were perhaps being a bit silly but it’s being taken very seriously.

“The fact it was witnessed by our officers has lent itself to a very different but active inquiry.”

With no reasonable explanation for what they witnessed police, acting with the support of the family, contacted the Catholic Church who sent a priest to bless the house.

No-one has been harmed, though the family were given safety advice by baffled officers and chose to leave the house. They are understood to be living with relatives. The source added: “The main concern is with the family’s welfare and well-being but with no crime committed and no culprit we are at a loss how to proceed with it. Inquiries are ongoing but it’s difficult to know where to go with it.”

Police are understood to be looking into the family’s background, and working with doctors and social services to provide support. They are also thought to be checking the history of the property, to see if there been any reports of similar occurrences from previous residents.

Our source said all options were being considered by way of explaining the goings-on: “Is it some form of hoax, or is it real or not real? These are the questions being asked by officers but without coming to any conclusion.

A spokesman for Police Scotland said: “On 8 and 9 August police attended a house in Rutherglen to reports of a disturbance. No evidence of criminality was found and advice and guidance was given to the family.”

The Catholic Church was approached for comment but failed to respond.