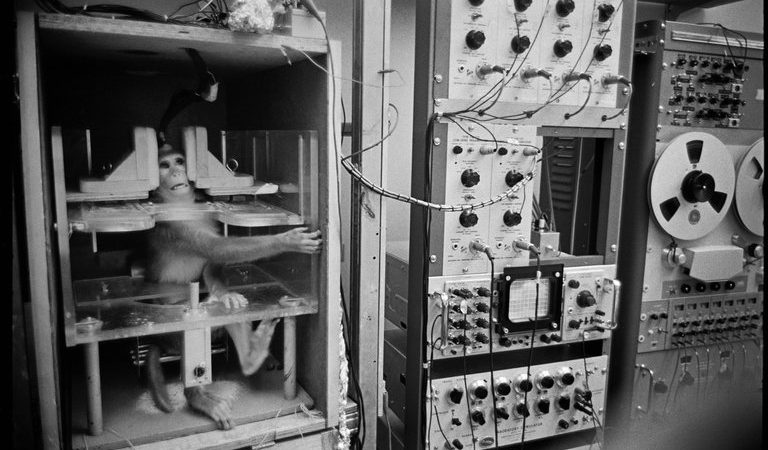 Second Thoughts of an Animal Researcher

Albuquerque, N.M. — Five years ago, the National Institutes of Health all but ended biomedical and behavioral research on chimpanzees, concluding that, as the closest human relative, they deserved “special consideration and respect.”

But chimpanzees were far from the only nonhuman primates used in research then, or now. About 70,000 other primates are still living their lives as research subjects in labs across the United States.

On Wednesday, the N.I.H. will hold a workshop on “continued responsible research” with these animals. This sounds like a positive development. But as someone who spent decades working almost daily with macaque monkeys in primate research laboratories, I know firsthand that “responsible” research is not enough. What we really need to examine is the very moral ground of animal research itself.

Like many researchers, I once believed that intermittent scientific gains justified methods that almost always did harm. As a graduate student in the late 1960s, I came to see that my natural recoil from intentionally harming animals was a hindrance to how I understood scientific progress. I told myself that we were being responsible by providing good nutrition, safe cages, skilled and caring caretakers and veterinarians for the animals — and, crucially, that what we stood to learn outweighed any momentary or prolonged anguish these animals might experience. The potential for a medical breakthrough, the excitement of research and discovering whether my hypotheses were correct — and let’s not leave out smoldering ambition — made my transition to a more “rigorous” stance easier than I could have imagined.

One of my areas of study focused on the effects of early social deprivation on the intellectual abilities of rhesus monkeys. We kept young, intelligent monkeys separated from their families and others of their kind for many months in soundproof cages that remained lit 24 hours a day, then measured how their potential for complex social and intellectual lives unraveled. All the while, I comforted myself with the idea that these monkeys were my research partners, and that by creating developmental disorders in monkeys born in a lab, we could better understand these disorders in humans.

But it was impossible to fully quell my repugnance at all that I continued to witness and to inflict. At the same time, in the classroom, I began to face questions from students who had become increasingly concerned about the predicament of lab animals. When one of my graduate students wanted to dedicate his doctoral dissertation to G44, a female rhesus monkey who had unexpectedly died during his research, I thought he was joking; then I realized that to him G44 was an individual with a unique personality, not just an animated object that produced data points. It became harder and harder for me to argue that the importance of my work always outweighed the pain I caused in doing it. 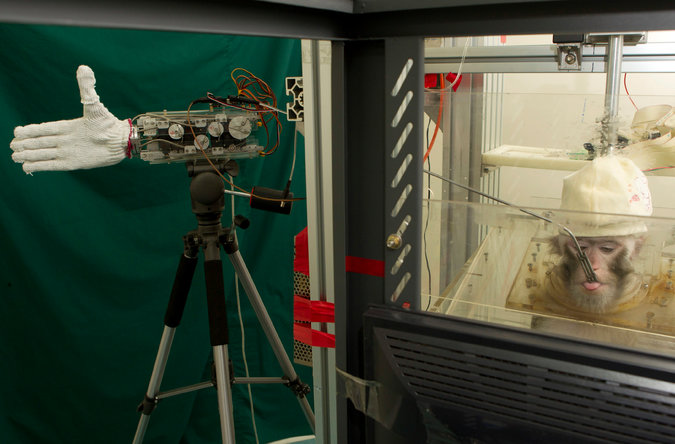 Jianhui, a 5-year-old monkey, prompts a mechanical arm via brain signals at a laboratory in 2012. Credit China Daily, via Reuters

To reassure myself, I completed an additional fellowship in clinical psychology, delving further into the realities of human mental illness and how we might understand and treat it by experimenting on monkeys. But in the end, I found my confidence in animal models shaken further. There were just so many factors in human conditions that went beyond an experimental context created in the animal lab. The difficulties encountered in applying animal data to human treatment have recently become a more widely recognized problem.

As the philosopher and bioethicist Peter Singer has noted, the descriptions of actual experiments in scientific publications and college textbooks are frequently sanitized, stripped of descriptive language, deliberately preventing the reader from getting a true picture of the emotional and physical torment inherent in the research. No matter what honorable ends you tell yourself you have in sight, if you’re finding yourself having to bowdlerize the description of your work, you are in a morally perilous place and should urgently reconsider what you’re doing.

The ethical principle that many of us used to justify primate experiments seemed so obvious: If you are ethically prevented from conducting a particular experiment with humans because of the pain and risks involved, the use of animals is warranted. Yet research spanning the spectrum from cognitive ethology to neuroscience has made it clear that we have consistently underestimated animals’ mental complexity and pain sensitivity, and therefore the potential for harm. The obvious question is why the harms experienced by these animals, which will be at least similar to humans, fail to matter? How did being a different member of the primate grouping that includes humans automatically alter the moral universe?

In the case of chimpanzees, the N.I.H. finally concluded that the harms did matter. The question now is, are there morally significant differences between the great apes and other primates?

Other species of primates look less like humans than chimpanzees do and so it is harder to project ourselves into their laboratory experience. But there is no doubt that they can fear the onset of pain, suffer from the loss of the kind of life for which their brains and biology are intended, and struggle to adjust to the housing that limits the expression of their curiosity and interests. What did I learn from my research? Whether it is called mother-infant separation, social deprivation or the more pleasant sounding “nursery rearing,” these manipulations cause such drastic damage across many behavioral and physiological systems that the work should not be repeated. Non-animal alternatives are required, and we should be focusing more attention on developing them. There is no research more valuable than our own integrity and ethical coherence, and our treatment of animals is a direct reflection of our values toward life and one another.

In 1974, a federal commission was formed to develop ethical principles for human research. For nearly four years, the National Commission for the Protection of Human Subjects in Biomedical and Behavioral Research met monthly to develop ethical principles that we rely on for human research. The principles set down in the resulting Belmont Report reflect the moral dimensions of human research that now govern this work. The report revolutionized the understanding of voluntary and informed consent, fair subject recruitment, and the importance of conducting risk-benefit analyses. No such document exists for animal research.

Acknowledging that our serious work as scientists can be a source of pain and distress to sentient, helpless and non-consenting beings can be difficult. The federal government should establish a national commission to develop the principles to guide decisions about the ethics of animal research. We already accept that ethical limits on experiments involving humans are important enough that we are willing to forgo possible breakthroughs. There is no ethical argument that justifies not doing the same for animals.

John P. Gluck, an emeritus professor of psychology at the University of New Mexico and a faculty affiliate at the Kennedy Institute of Ethics, is the author of the forthcoming “Voracious Science and Vulnerable Animals: A Primate Scientist’s Ethical Journey.”