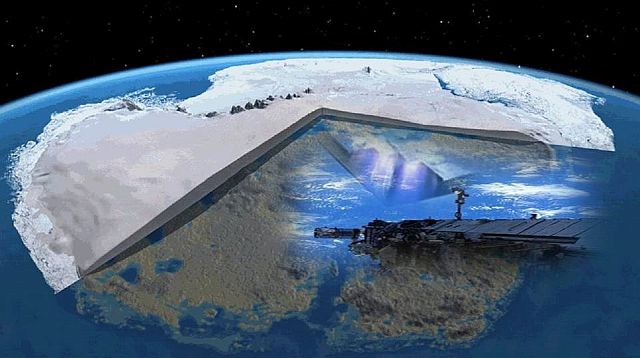 Who tells the truth and who spread disinformation?

Bill Ryan first hit the spotlight a decade ago with his efforts at seeking out Secret Space Program whistleblowers and having them deliver riveting information live on video along with his research partner Kerry Cassidy on the early alternative series called Project Camelot. Eventually Ryan split with Cassidy and developed his own forum of research called Project Avalon which tackles deep subject matter with an informed community.

In the video below, Ryan will go on the record about the details of his viral article called ‘The Truth About Corey Goode’ that is gaining rapid attention and attempts to explain and in some sense unmask the bizarre story of Corey Goode. Ryan had his own interactions with Goode before he went public and believes that his story is unreliable.

Many fact based revelations came out in the last decade about the development of a Secret Space Program including UK Hacker Gary McKinnon discovering an “Off-world Officers List” while reading classified files at NASA, for which the US Government attempted to extradite and charge him with espionage. Other analysts came forward with remarkable disclosures about missing Government funds and the outline of a completely hidden agenda.

In tandem with this fascinating investigative reporting effort, a sideshow also developed with all kinds of discrediting themes, like fantasy beings and galactic ambassadors and space saviors to boot. A lot of this activity has centered around Corey Goode from Texas who claims to be a veteran insider of secret unacknowledged programs involving the military and space, but has offered zero evidence for this incredible assertion. In fact, Goode has no military record except a brief stint in the Texas State Guard, not exactly known as a hotbed of deep intelligence activity.

Ryan has attempted to have Goode take a Lie-Detector test to prove some of his wild assertions or to have him regressed to find out if his memories are real, implanted or fabricated. Goode has rejected the suggestion saying that hypnotic regression is ‘invasive.’ Without these evidentiary methods being employed to verify his memories and with no evidence being presented to support his story, Goode’s account of being in a secret program appears to be falling apart.

The original Secret Space Program Conferences organized by Global BEM, including one held in Austin Texas in 2015 and hosted by Dark Journalist Daniel Liszt, featured Former Assistant HUD Secretary Catherine Austin Fitts and Giza Death Star’s Joseph Farrell, and brought forward verifiable evidence along with informed speculation from many experts and scientists and former Government officials. The event raised the spectre of a covert effort that was draining trillions of dollars from the US budget and siphoning them into a Complex Space Endeavor for private interests.

The Secret Space Program investigation took a turn for the bizarre after Gaia TV aired the Goode story even though he was completely unvetted by any journalistic standard and had absolutely no evidence to back up his assertions. It was pumped into the alt-research community by a series of TV episodes they developed for their select audience featuring Interviews with Goode by host David Wilcock.

Goode claims to be an insider of various secret programs and a spokesman relaying spiritual messages from a group of alien beings. He has even developed a Comic Book Series of his ET communications with what he calls ‘a Sphere Being Alliance.’ Goode’s story not only sounded like a Sci-Fi fantasy adventure, it also created a new version of a cult- like alien called a ‘Blue Avian’ with blue skin and feathers.

With all of this in mind, the question becomes: are those driving this bizarre, unverified, unvetted story about Goode being some kind of an insider in a covert program part of an effort to deflect attention away from the genuine research process underway to find where the missing trillions went that were pumped into the Secret Space Program? Ryan wonders whether all of this hyperbole being presented with no corroborating evidence is a concerted activity meant to replace legitimate inquiry with Sci-Fi adventure tales mixed with faux New Age psychobabble.

In summary Bill Ryan is convinced that Corey Goode is just a dreamer or eventually a disinformation agent but what if Corey is telling the truth?

We continue with David Wilcock: According to David who has worked with Corey over the last two years, Corey is telling the truth as he has seen and experienced it.

Corey is not only an insider regarding the Secret Space Program but he seems to have also information about a partial disclosure project whereby the cosmic aspect of the plan appears to involve three key revelations:

A formal, public disclosure of two large cloaked orbital platforms and black triangle craft which have the ability to travel throughout our solar system, all owned by the MIC SSP (Military Industrial Complex SSP).

And the unveiling of ancient, high-tech ruins in Antarctica and the revealing of 1.8 billion years old ancient ruins within the Earth and throughout our solar system, often made of a crystalline transparent aluminum alloy.

Then there is a second person named Pete Peterson who seems to be an Antarctica insider, authorized to release certain information into the public domain regarding the ongoing Antarctica issues.

Mr. Peterson states that there is a secret operation to excavate two huge alien motherships at Antarctica which have been crash landed respectively 450,000 and 55,000 years ago.

The first craft seems to be buried under three miles of glacial ice while the second craft, close to the first one, is buried under two miles of ice.

With all this information we come to the point: Who tells the truth and who spread disinformation?

To get the full picture I highly recommend read the two in-depth articles which David has published on his site.

And see the following two videos.

In the first video Dark Journalist Daniel Liszt interviews Project Avalon’s Bill Ryan in where he speaks out on Corey Goode.

The second video is a two-and-a-half-hour excerpt from David Wilcock’s Friday and Saturday presentations at the Conscious Life Expo 2017 where he presents data on the Secret Space Program and shares the stage with Corey Goode.

At the 53-minute mark, David shares information on a civilization of “Pre-Adamite” giants with elongated skulls which appears to have crash-landed on Antarctica 55,000 years ago.

And continues with information that if the Alliance succeeds, their plan is now to begin the disclosure process by telling us there was an ancient civilization in Antarctica. He goes on that we are on the verge of major new releases of information that will transform everything we thought we knew about life on earth.

So far…only time will tell the truth!