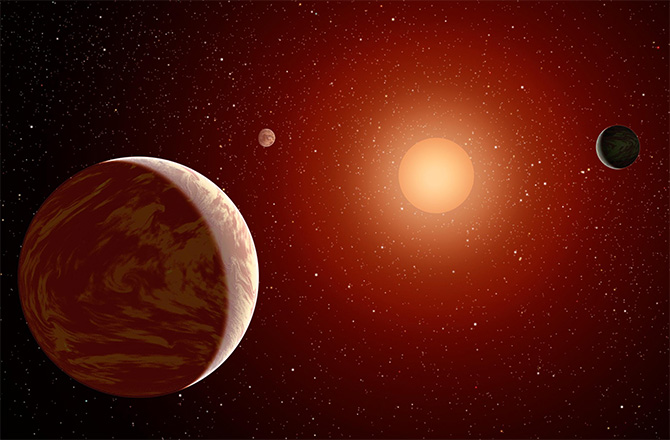 California-based SETI Institute plans to expand a hunt for radio signals broadcast by extraterrestrial civilizations by scanning red dwarf stars, which are older and smaller than stars like the sun.

The shift stems from recent discoveries that red dwarf stars, which are by far the most common type of star, can and do have planets in orbit that are properly positioned for liquid surface water, a condition believed to be key for life.

Planets in red dwarf’s so-called “habitable zones” would orbit far closer than Earth circles the sun because red dwarfs are much smaller and cooler than the sun. Scientists previously believed the close orbits would mean any planets would be tidally locked with their parent stars, with half the planet scorching hot and the other half in permanent darkness and frigid cold.

But new research shows that if the planets had oceans and atmospheres heat from their parent red dwarf stars would be more evenly distributed.

“A significant fraction of the planet could be habitable,” astronomers with The SETI Institute said in a press release.

With about 75 percent of all stars classified as red dwarfs, this means the hunt for ET can take place closer to Earth, where potential signals would be stronger.

Also, since red dwarfs are ancient stars, billions of years older than stars like the sun, life would have more time to evolve.

The search, which will focus on 20,000 selected targets and take about two years, is being conducted on the SETI Institute’s Allen Telescope Array, located in the Cascade Mountains of northern California.