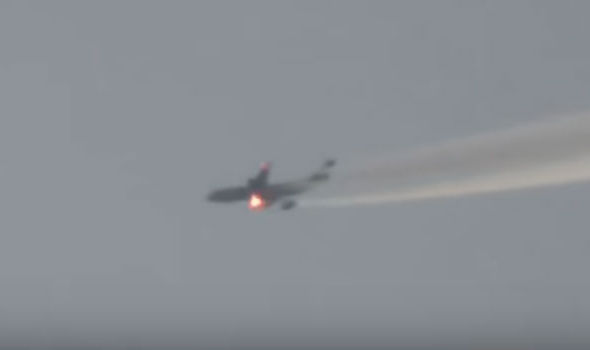 SECRETIVE corrupt world leaders are filling the skies with chemicals to keep us in check, and even sick, by blasting them out through so-called chemtrails, it has astonishingly been claimed.

Conspiracy theorist Scott C Waring made the shocking allegation on his website ufosightingsdaily.com after sharing a video which allegedly shows a UFO analysing the contrails of a passenger jet.

The chemtrails conspiracy theory is one of the most widely believed on Earth.

It claims that normal contrails seen coming from aircraft are actually being used to covertly spray chemicals into the sky in front of our eyes.

The theories over what is being sprayed vary from aerosols to stop global warming, to happy gs to keep populations in check, and even viral infections to make people sick and line the pockets of pharmaceutical companies.

Most chemtrail believers, whose number include Hollywood hardman Chuck Norris, claim the alleged Illuminati are behind the chemtrail scandal.

The Illuminati is another widely-believed conspiracy theory, which claims secretive corrupt business tycoons actually run Governments from behind the scenes, and they are planning to bring about a New World Order and a global leadership.

In one of his most outlandish posts yet, Mr Waring alluded to believing both conspiracy theories, alongside his usual belief that aliens are secretly visiting Earth.

He was discussing video footage which allegedly showed a bright glowing orb UFO seen near the contrail of a passenger jet on December 16 in Slovakia. 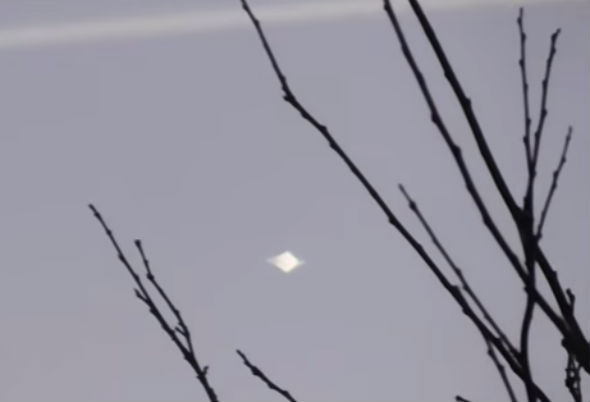 An alleged UFO near the “chemtrail” filmed in Slovakia.

He blogged: “This glowing UFO was seen this week over Europe and was scientifically analysing the substances that were in the trail behind the passenger jet.

“Chemtrails carry a lot of substances, and some believe that the world governments put top secret substances into the fuel of jets so that it will rain down over the public making them more mentally controllable so the government can make more progress in its political agenda.

“Also these substances could be causing diseases – zika, bird flu, cancer and many other problems of humanity, so the big medical companies can gain trillions every year from the medications that don’t cure, but do help the problem if they are continuously taken.

Other than the huge number of believers, and widespread stories online, there is no actual evidence for an Illuminati, that chemtrails exist, or that aliens in UFOs are visiting Earth.

Sceptics says conspiracy theories such as these have become much more widespread since the advent of the internet and the increase in social media.