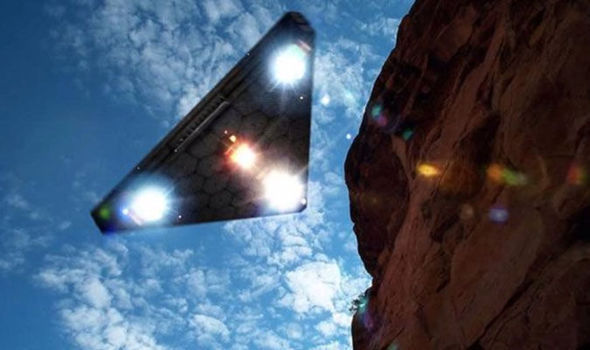 UFO investigators are investigating claims a secret US military base has been discovered near UFO mecca Roswell in New Mexico.

The Mutual UFO Network (MUFON) has received a report from an unnamed witness that they have discovered the existence of the base after witnessing bizarre UFO activity nearby.

The witness yesterday provided MUFON with video of an alleged UFO filmed on December 5, but said odd events had been happening for a month in Highland Meadows, Laguna, which is around 100 miles from the infamous Roswell.

He said: “I was on my porch looking at the night sky about a month ago, when I noticed an out of place light in the sky pretending to be a planet. I knew it was not, as it is way too close for one, and I looked at the charts and it isn’t supposed to be there. 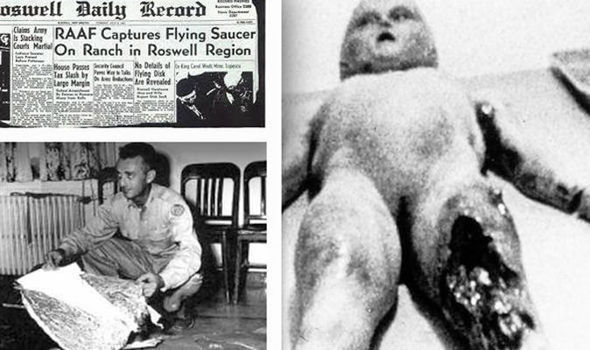 The Roswell legend is at the centre of the UFO scene.

“I’ve been watching it for weeks, wondering what it is.”

The woman then revealed claims of the hidden base.

She said: “There is a secret military place here that has increased activity in the last year.

“I live in a very rural area of New Mexico surrounded by reservation land, and this secret military place.

“On December 5th, I went out with my dog, and as usual, looked up at it, but this time, it was not as bright and was dancing or hovering in the sky.

“It was doing what I call, a jig, back and forth, up and down, ever so slightly, maybe by my sight in half inch movements, almost like it was trying to stay in one place but didn’t have full control.

“I was in awe and freaked out a bit as I knew it wasn’t normal to begin with.

“It seemed to have three separate lights attached to it like a triangle but in a circle. I tried to record the event, but after 3mins 38secs my video suddenly shut off and could not get it back on.”

The woman said she watched for a further 45 minutes.

She added: “Then it disappeared and six military helicopters suddenly appeared over the hill around where the light was and appeared to be circling. I went inside out of fear.

“We have a lot of military activity lately and they have seen me take photos of them.

“I’ve also taken photos over the weeks of this light. I really don’t know what I saw, but I saw something and I’m not crazy.”

MUFON, based in the US, is the world’s largest organisation dedicated to UFO and alien research.

It admits that a high percentage of sightings it receives are misunderstood or deliberate hoaxes, but it investigates as many as possible.