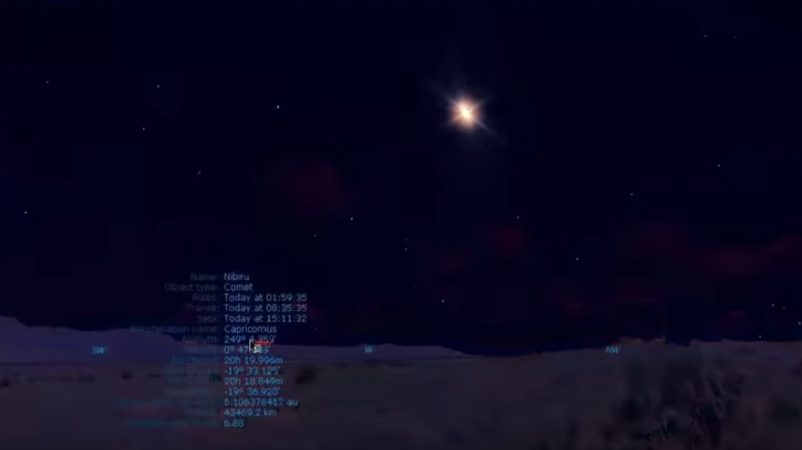 Brazilian sky-watcher Tio Abadom claims a celestial body is being monitored by space telescopes and ground telescopes around world.

He believes the unknown object, which is currently in the area of Jupiter and Saturn, is Nibiru (also known as Planet X, Nemesis, Wormwood, Hercolubus etc.)

Strangely enough, another sky watcher (Alonzo Ent) captured a strange sighting of what appears to be a large object near our sun. Many believe it is merely a lens refraction (ghost imaging that occurs when a bright object is ‘filmed’), but Alonzo says it is not there on all the recording and believes that is because it is an actual object and it is moving, not a lens anomaly.

Alonzo, an experienced cameraman, stated: “It was moving extremely fast and although it was very hard to pull focus, I was able to keep it some what, steady… It only lasted about 5 minutes and then gone.”

Aside from the possibility of this object (if it is an actual object) being a planet, there is also the possibility it may be an alien craft of some sort, as we have seen similar large objects that resemble planets near the sun, in past video captures.

And one other chilling possibility… could it be connected to what’s happening now on Earth with the coronavirus (Covid-19) pandemic? Perhaps the object has already been confirmed by world governments and this is the preemtive way of gaining control of the masses before the object is seen by the average person?!