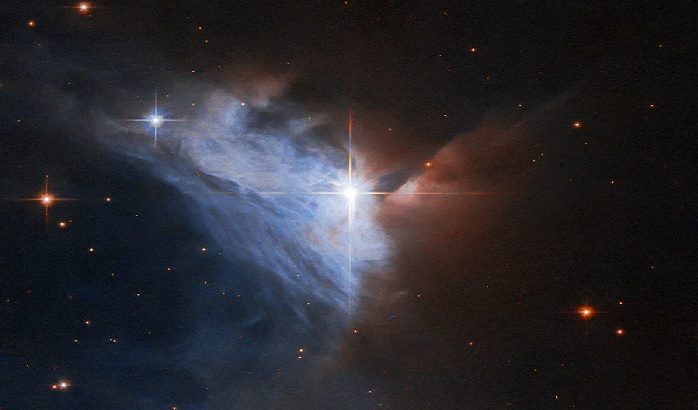 Some unknown “ingredient” in cosmic space is forcing the Universe to expand faster than scientists’ models predict, according to the latest measurements with the Hubble Space Telescope.

Evidence of this is not new in itself and has been accumulating over the years. However, in a new study, a team of researchers using the Hubble Space Telescope put together new data, appearing to substantiate the theory that the discrepancy, known as the “Hubble tension” after astronomer Edwin Hubble, is due to some mysterious fundamental ingredient yet undiscovered by astronomers.

Researchers have based anticipation of the universe’s rate of expansion – known as the Hubble constant — on two methods.

What was the universe like right after the Big Bang? To find out, you'd have to look back in time. That was the job of the Planck satellite. As Planck orbited the Sun, it mapped a faint radiation—Big Bang’s afterglow—nearly 14 billion light-years away. [Artist concept: NASA] pic.twitter.com/9EKAozGduv

Cosmologists using the Planck satellite to study the cosmic light from the “early” universe, about 380,000 years after the big bang, have determined that constant to be about 67. This means the universe expands about 67 kilometres per second faster every 3.26 million light-years.

However, astronomers observing stars and galaxies in the “late” universe, after stars were born and galaxies formed, have also measured the constant To be about 74. The most influential measurements of the late universe come from a project called Supernova H0 for the Equation of State (SH0ES).

Thus, the two numbers disagree. Furthermore, research has pointed to some key cosmic ingredients, such as “dark energy”, which are believed to be driving the universe’s accelerating expansion.

The updated value of the #Hubble constant H0 from the SH0ES / Pantheon+ teams (including @DScol, @DillonBrout, @LBreuval and many others) as just presented by Adam Riess. This remarkable culmination of several decades of work is a great step forward for cosmology ! pic.twitter.com/9rU7HbhcuW

“The universe seems to throw a lot of surprises at us, and that’s a good thing, because it helps us learn,” says Adam Riess, an astronomer at Johns Hopkins University and leader of the recent study, whose findings have been submitted to The Astrophysical Journal.

If the discrepancy is not a statistical fluke, it means the universe is currently expanding faster than even dark energy can explain.

To measure the distance between Earth and nearby galaxies, Riess’s research group (Supernovae and H0 for the Equation of State of dark energy), used specific types of stars and 42 different stellar explosions, thus compiling a dataset more than double the next-biggest analysis of its kind. Another research team called the Pantheon+ collaboration complemented the SH0ES team’s work by performing a meta-analysis of supernovae surveys, correcting for inconsistencies.

The collaboration between SH0ES, which Adam Riess (Johns Hopkins University and the Space Telescope Science Institute) has led for nearly two decades, and Pantheon+ team generated what is hailed as the sharpest estimate yet for the Hubble constant: 73.04 kilometers per second per megaparsec, plus or minus 1.04.

Here is the high-res version of the main plot if anyone wants to use it in the journal club or something #SH0ES #PantheonPlus #HubbleConstant pic.twitter.com/EWfLCWIpbb

This is about 8 percent higher than the value from the Planck Observatory’s measurements.

The results of the team’s work breach the “five-sigma threshold”. This means there is only a 1 in 1 million chance that the discrepancy between late-time and early-time Universe measurements arise from systematics, thus confirming the so-called “Hubble tension” is real.

“I do not know how this large of an error is hiding at this point, and if it is, it’s just something no one has suggested… We’ve checked every idea that’s been presented to us, and nothing’s doing the trick,” team member Dan Scolnic, an astronomer at Duke University, was cited as saying.

If the Hubble tension reflects physical reality, then scientists believe they will have to search for another item to add to the already-known list of the universe’s fundamental ingredients.

Further observations, such as with the help of ESA’s Gaia satellite, which has been mapping the Milky Way since 2014, should be conducive to helping unravel the mystery.
The upcoming launch of the James Webb Space Telescope should help astronomers double-check Hubble’s measurements of certain stars.