A new report published in the latest edition of the American Journal of Modern Physics has revealed a startling finding – a newly developed telescope with concave lenses has observed, for the first time, entities in our terrestrial environment that are invisible to our eyes and to conventional Galileo telescopes with convex lenses. Even more surprising is the fact that these entities have been observed to move ‘intelligently’ in the night sky in a manner suggesting unauthorized surveillance of the area.

The discovery was made by Dr Ruggero Santilli, a highly-regarded expert in mathematics, cosmology, and physics, who has been nominated for Nobel Prizes in physics and chemistry. Dr Santilli developed a new type of telescope that was designed to observe antimatter-light. This form of light has a negative index of refraction, thus requiring concave lenses to focus it, rather than the traditional convex lenses used in conventional Galileo telescopes. 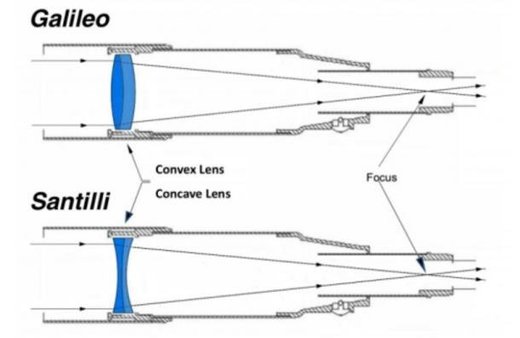 Using a pair of Galileo and Santilli telescopes, Dr Santilli found the first known evidence of the apparent existence in our universe of antimatter galaxies, antimatter asteroids and antimatter cosmic rays. These results were published in the journal Clifford Algebras and their Applications in 2014. But that is not all the new telescope observed…

“On September 5, 2015, at 9.30 pm the author aimed a pair of 100 mm Galileo and Santilli telescopes at the night sky over Tampa Bay, Florida, as seen from the NE orientation of the terrace of room 775 of the Vinoy Renaissance Hotel in St. Petersburg… The tests were merely intended for the search of antimatter galaxies and, consequently, the paired telescopes were aimed at the sky, but sudden clouds halted the tests and the author oriented the pair of telescopes horizontally over Tampa Bay.

This unexpected discovery triggered a novel systematic use of the pair of Galileo and Santilli telescopes, this time, for the search of entities, here called Invisible Terrestrial Entities, that are invisible to our eyes as well as to our optical instruments with convex lenses, but are otherwise fully visible via the Santilli telescope with concave lenses, and are located in our terrestrial environment.” 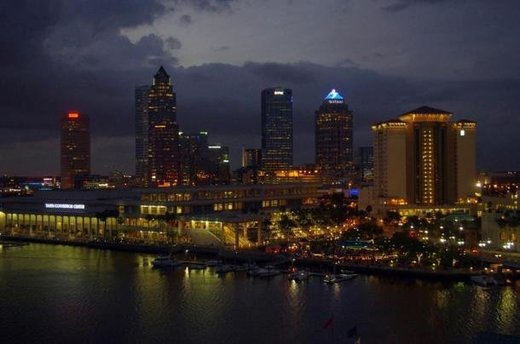 Dr Santilli’s observations were made over Tampa Bay in Florida

Following his first observation, Dr Santilli carried out systematic tests and observations, and came to identify two different types of Invisible Terrestrial Entities (ITEs), though he acknowledges that further types may be identified in the future. Both types have been independently verified by colleagues, and their existence was disclosed for the first time at an invited lecture delivered at the St. Petersburg Astronomy Club on September 25, 2015.

He defines the First Kind (ITE-1) as entities that:

Dr Santilli notes that the entities moved slowly and rotated. This particular type of motion excludes impurities in the telescope lens or in the camera as possible interpretations.

He further notes that “the emission of antimatter light does not mean that the entity is made up of antimatter, because the existence of the entities within our atmosphere would imply a cataclysmic explosion due to matter-antimatter annihilation.”

“In short,” writes Dr Santilli, “it appears that ITE-1 consist of matter-entities in our terrestrial environment achieving locomotion via the acquisition of antimatter in their interior with consequential use of matter-antimatter propulsion, and achieve invisibility via the emission of antimatter-light as a sort of exhaust.”

He defines the Second Kind (ITE-2) as entities that:

Unlike the ITE-1s, which leave dark images caused by a type of light equivalent to antimatter-light, ITE-2s appear to be composed of matter that leave bright images caused by ordinary light, which possess invisibility due to the “conversation of their index of refraction from a positive to a negative value”.

Dr Santilli notes that the ITE-2s were pulsating and moving systematically backward and forward, suggesting they were “conducting unauthorized surveillance of the Tampa Area solely visible with the Santilli telescope, thus confirming the need for systematic views of sensitive civilian, industrial and military installations”.

Photographs of ITE-2s. Captured by Dr Santilli in the night sky over Tampa Bay, Florida on September 5, 2015. 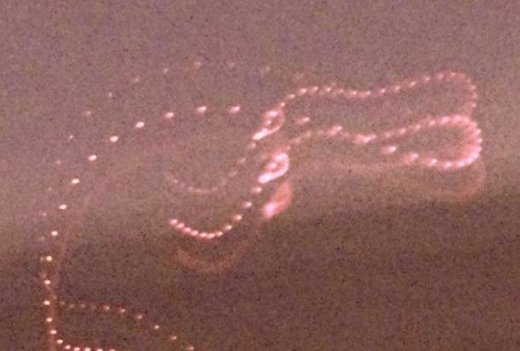 Photograph of an ITE-2 showing its movement. The entity consists of lights of different colors that are pulsating and move synchronously according to a complex trajectory during the 15 seconds of exposure, including a point in which motion stopped for a few seconds, to resume thereafter.

In his report published in the American Journal of Modern Physics, Dr Santilli explains the significance and potential applications of this revolutionary discovery:

“The writing of this paper has been motivated by the fact that ITE-1 and ITE-2 behave in a manner strongly suggesting the conduction of unauthorized surveillance of our sensitive, civilian, industrial and military installations, thus warranting their societal knowledge.

On scientific grounds, the documentation presented in this paper establishes beyond credible doubt the existence of two new types of light that are totally outside any possibility of treatment via 20th century physical knowledge…

On industrial grounds, the findings presented in this paper establish, also beyond credible doubt, the utility of Santilli telescopes, not only for basically novel astrophysical advances, but also for issues pertaining to personal, industrial and national security.”