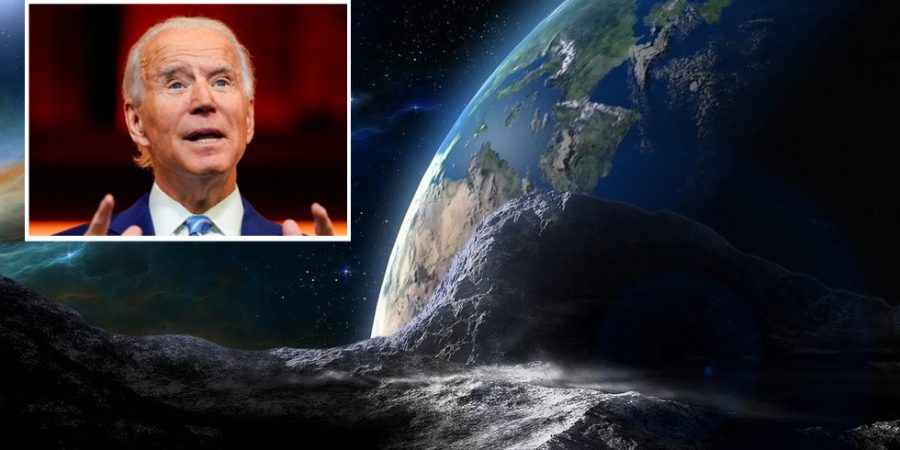 Joe Biden’s reign as US president is due to get off to a rocky start – a barrage of asteroids are set to make “close approaches” to our planet as the Democrat takes the oath of office on Wednesday.

NASA has identified six asteroids that will blaze past Earth on inauguration day. The space agency labelled the plethora of space rocks as Near Earth Objects (NEOs), meaning they warrant close scrutiny.

“NEOs are comets and asteroids that have been nudged by the gravitational attraction of nearby planets into orbits that allow them to enter the Earth’s neighbourhood,” NASA’s Jet Propulsion Laboratory says.

The tightest shave will see an asteroid come significantly closer to Earth than the Moon, the largest passing visitor measuring up to 305 feet (93 meters) in width. In a weird inauguration-day quirk of fate, the Statue of Liberty in New York is also 93 meters tall.

All the asteroids are forecast to safely fly by our planet and continue on their journeys through space. However, NASA’s Center for Near Earth Object Studies will still be closely monitoring their progress, due to their “close approach” status. Astronomers have great interest in NEOs because they are largely unchanged from when the solar system was created around 4.6 billion years ago.

Biden will be sworn into office at midday on Wednesday during a ceremony in Washington, DC. Donald Trump’s presidency saw the United States greatly renew its interest in space exploration.

Trump threw his weight behind NASA’s goal of sending astronauts to Mars, and backed efforts to return to the moon. He also established the Space Force as an independent branch of the military. Biden’s plans for America’s space program remain largely unknown, and his campaign made little mention of its space priorities.