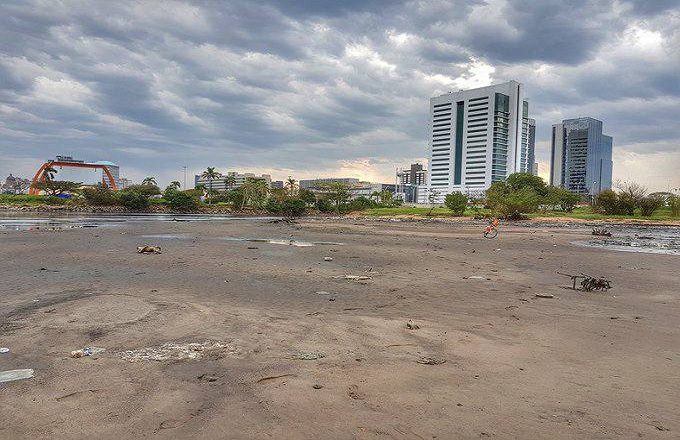 This extremely strange and puzzling event took place on August 11, 2017 and there was also a similar event just a couple of days later on August 13, 2017. While it’s not unusual for tides to go out this was no normal case of just tides heading out. This was a massive receding of one ocean’s coast (Atlantic ocean) while the waves seemingly transferring to the Pacific side and smashing its coastal area. The technical explanation given for the bizarre event is that it is a meteorological disturbance caused “by gravitational waves, not by winds”

Aside from the official explanation the other possible causes are very troubling. It is possible this could be caused by an extreme Earth wobble, or planetary shift and I personally believe this to be the more likely cause as the unusual weather and seasonal patterns tend to back this up in my opinion.

Another possibility though less likely is that some other celestial body may have had some type of influence on the Earth’s tide on these two occasions (though particular possibility is a very unlikely case). Perhaps a planet in our solar system, the sun, a passing blackhole passing on the outskirts of our galaxy, the black hole theory would be very unlikely though.

One last possibility that I only thought of just as I had already finished this article is HAARP – The High Frequency Active Auroral Research Program (HAARP) was an ionospheric research program jointly funded by the U.S. Air Force, the U.S. Navy, the University of Alaska Fairbanks, and the Defense Advanced Research Projects Agency (DARPA) or any other similar (unknown to the public) secret project. This possibility crossed my mind because of the atmospheric anomaly that was detected by MIMIC (Morphed Integrated Microwave Imagery at the Cooperative Institute for Meteorological Satellite Studies) recently.

Regardless of the cause, it DID occur and if you don’t buy the official explanation then this is a mystery and I would think it is something that we should definitely be investigating further.

Take a look at these videos to see the astonishing amount of receding ocean evidenced by the stranded boats that were previously comfortably afloat.

As you can see there is no water for miles around.

Waters returned to those coastal areas of Uruguay and Brazil some 36 hours later according to Noticias RCN. Such a phenomenon occurring in areas so far apart on the South American eastern coastline are likely caused by more than just ‘northerly winds’. Also the effects of an underwater earthquake or volcano eruption would have been felt in a matter of hours, not days.

Juan Carlos Ramos García, director of CIEM, International Corps of Emergencies, suggests that a phenomenon called a meteotsunami is the cause.

Meteotsunamis are generated when rapid changes in barometric pressure cause the displacement of a body of water. In contrast to “ordinary” impulse-type tsunami sources, a traveling atmospheric disturbance normally interacts with the ocean over a limited period of time (from several minutes to several hours)

Ramos Garcia further explained that this meteorological disturbance was caused “by gravitational waves, not by winds”.

Meanwhile huge Pacific waves battered the coastline on the other side of the continent in Chile yesterday.

“The continent of South America may have been affected by an atmospheric anomaly as detected by MIMIC (Morphed Integrated Microwave Imagery at the Cooperative Institute for Meteorological Satellite Studies) recently. Could an approaching celestial body be responsible?

After the total solar eclipse of August 21, asteroid 1981 ET3 – also known as 3122 Florence – a huge space rock at least 2.7 miles (4.35 km) in diameter will pass by on September 1, the biggest near-Earth object to pass this close since this category of objects was discovered over a century ago according to Paul Chodas at the Center for Near Earth Object Studies.

Could the slowdown of the Earth’s rotation also be a factor for this phenomenon?”

Were these events just caused by ‘normal’ or natural occurrences or could there be much more to this than the ‘official explanation’ of it just being a meteorological disturbance caused “by gravitational waves, not by winds” ?