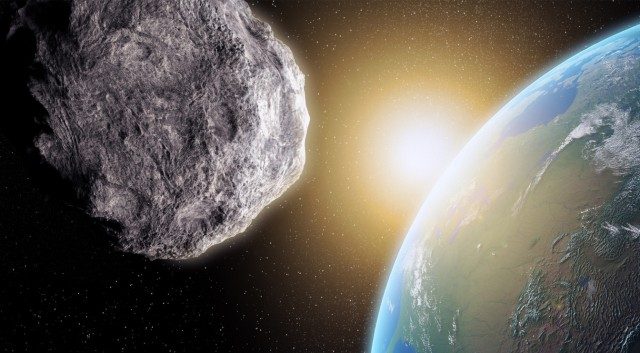 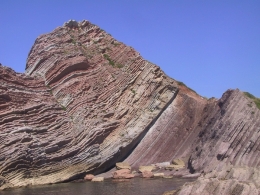 The Zumaia cliffs are characterized by an exceptional section of strata that reveals the geological history of the Earth in the period of 115-50 million years ago (Ma).

A study published in the journal Geology rules out that extreme volcanic episodes had any influence on the massive extinction of species in the late Cretaceous. The results confirm the hypothesis that it was a giant meteorite impact what caused the great biological crisis that ended up with the non-avian dinosaur lineages and other marine and terrestrial organisms 66 million years ago.

K/Pg boundary: the great extinction of the Cretaceous in Zumaia coasts

The scenario of this study were the Zumaia cliffs (Basque Country), which have an exceptional section of strata that reveals the geological history of the Earth in the period of 115-50 million years ago (Ma). In this environment, the team analyzed sediments and rocks that are rich in microfossils that were deposited between 66.4 and 65.4 Ma, a time interval that includes the known Cretaceous/Paleogene boundary (K/Pg). Dated in 66 Ma, the K/Pg boundary divides the Mesozoic and Cenozoic eras and it coincides with one of the five large extinctions of the planet.

This study analysed the climate changes that occurred just before and after the massive extinction marked by the K/Pg boundary, as well as its potential relation to this large biological crisis. For the first time, researchers examined whether this climate change coincides on the time scale with its potential causes: the Deccan massive volcanism (India) ─one of the most violent volcanic episodes in the geological history of the planet─ and the orbital variations of the Earth.

“The particularity of the Zumaia outcrops lies in that two types of sediments accumulated there ─some richer in clay and others richer in carbonate─ that we can now identify as strata or marl and limestone that alternate with each other to form rhythms”, notes the researcher Sietske Batenburg, from the Department of Earth and Ocean Dynamics of the UB. “This strong rhythmicity in sedimentation is related to cyclical variations in the orientation and inclination of the Earth axis in the rotation movement, as well as in the translational movement around the Sun”.

These astronomic configurations ─the known Milankovitch cycles, which repeat every 405,000, 100,000, 41,000 and 21,000 years─, regulate the amount of solar radiation they receive, modulate the global temperature of our planet and condition the type of sediment that reaches the oceans. “Thanks to these periodicities identified in the Zumaia sediments, we have been able to determine the most precise dating of the climatic episodes that took place around the time when the last dinosaurs lived”, says PhD student Vicente Gilabert, from the Department of Earth Sciences at UZ, who will present his thesis defence by the end of this year.

Planktonic foraminifera: revealing the climate of the past 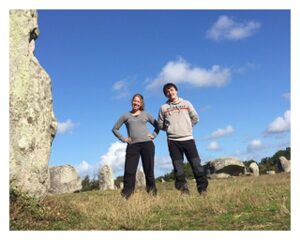 Carbon-13 isotopic analysis on the rocks in combination with the study of planktonic foraminifera ─microfossils used as high-precision biostratigraphic indicators─ has made it possible to reconstruct the paleoclimate and chronology of that time in the Zumaia sediments. More than 90% of the Cretaceous planktonic foraminiferal species from Zumaia became extinct 66 Ma ago, coinciding with a big disruption in the carbon cycle and an accumulation of impact glass spherules originating from the asteroid that hit Chicxulub, in the Yucatan Peninsula (Mexico).

In addition, the conclusions of the study reveal the existence of three intense climatic warming events ─known as hyperthermal events─ that are not related to the Chicxulub impact. The first, known as LMWE and prior to the K/Pg boundary, has been dated to between 66.25 and 66.10 Ma. The other two events, after the mass extinction, are called Dan-C2 (between 65.8 and 65.7 Ma) and LC29n (between 65.48 and 65.41 Ma).

In the last decade, there has been intense debate over whether the hyperthermal events mentioned above were caused by an increased Deccan volcanic activity, which emitted large amounts of gases into the atmosphere. “Our results indicate that all these events are in sync with extreme orbital configurations of the Earth known as eccentricity maxima.

Only the LMWE, which produced an estimated global warming of 2-5°C, appears to be temporally related to a Deccan eruptive episode, suggesting that it was caused by a combination of the effects of volcanism and the latest Cretaceous eccentricity maximum”, the experts add.

Earth’s orbital variations around the Sun

The global climate changes that occurred in the late Cretaceous and early Palaeogene ─between 250,000 years before and 200,000 years after the K/Pg boundary─ were due to eccentricity maxima of the Earth’s orbit around the Sun.

However, the orbital eccentricity that influenced climate changes before and after the K/Pg boundary is not related to the late Cretaceous mass extinction of species. The climatic changes caused by the eccentricity maxima and augmented by the Deccan volcanism occurred gradually at a scale of hundreds of thousands of years.

“These data would confirm that the extinction was caused by something completely external to the Earth system: the impact of an asteroid that occurred 100,000 years after this late Cretaceous climate change (the LMWE)”, the research team says. “Furthermore, the last 100,000 years before the K/Pg boundary are characterized by high environmental stability with no obvious perturbations, and the large mass extinction of species occurred instantaneously on the geological timescale”, they conclude.