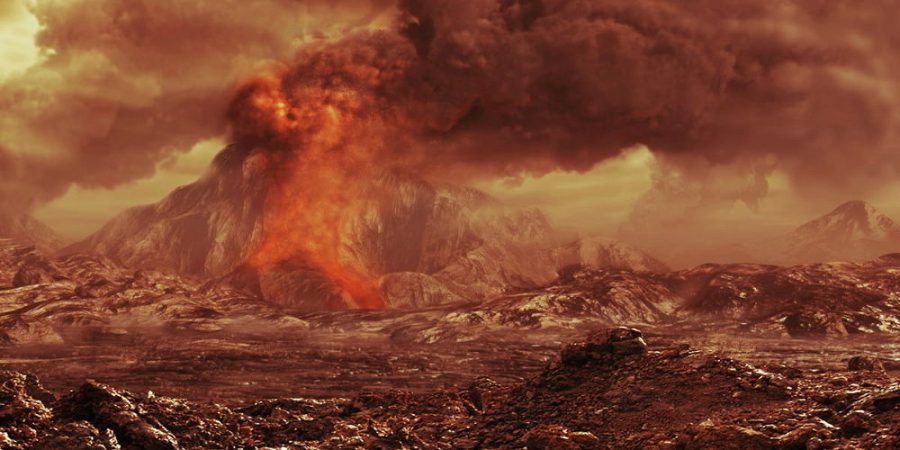 Study Finds Ancient Venus May Have Had an Ocean of Water

We often hear of theories that Mars may once have had oceans of water and possibly supported life in the past but Venus with its ‘hellish’ temperatures and toxic air/atmosphere is never considered as a planet that may have had similar environment as Earth or Mars but this new study seems to indicate that that just might have been the case in the Planet’s distant past.

French scientists have run computer simulations about the formation of Venus that suggest that “Earth’s Twin” once had a thin ocean of water shortly after it formed.

The researchers with the Université Paris-Saclay ran the complex simulation and published their findings in the Journal of Geophysical Research. While today Venus is a barren ball of sulfur with an atmosphere that creates extremely hostile conditions, the young Venus was a much different planet.

According to the simulation, instead of the shell of sulfur that currently surrounds the planet, Venus instead had a thinner atmosphere with thick clouds that provided protection from the sun and allowed liquid water to form underneath them.

“Many of the same tools we use to model climate change on Earth can be adapted to study climates on other planets, both past and present,” said Dr. Michael Way, a researcher at GISS and the paper’s lead author, to the Daily Mail. “These results show ancient Venus may have been a very different place than it is today.”

Although Venus is similar to Earth in many ways, such as size, there is a crucial difference: it rotates extremely slowly. With a rotational period of 116 days, Venus doesn’t even complete two rotations in one of its 225-day years. Scientists remain puzzled as to why the planet rotates so slowly.

Combining this information with other factors, such as carbon dioxide levels, heat from the sun and present water levels on Venus, the Paris-Saclay team attempted to recreate circumstances on Venus when the planet first formed in the early solar system.

Assuming there has not been a major increase or decrease in carbon dioxide levels on Venus since then, the CO2 could be broken down to create additional liquid water. That water would then be protected from evaporation by the clouds. Venus would only need between 10 and 30 percent of Earth’s water volume for a stable ocean to form, depending on cloud coverage.

“We simulate the secular convective cooling of a 1-D magma ocean (MO) in interaction with its outgassed atmosphere,” the paper reads. “Depending on the formation time of its cloud cover and resulting albedo, only 0.3 Earth ocean mass might be sufficient to form a water ocean on early Venus.”

The simulation did not prove the researchers’ theory, they stressed. However, the possibility that our sister planet once had oceans exists, and future missions to Venus could discover whether the sulfurous world contains liquid water or not.

American and Soviet vessels both landed on Venus in the 1970s and early 1980s, but more recent vessels have only made flybys or orbits instead.