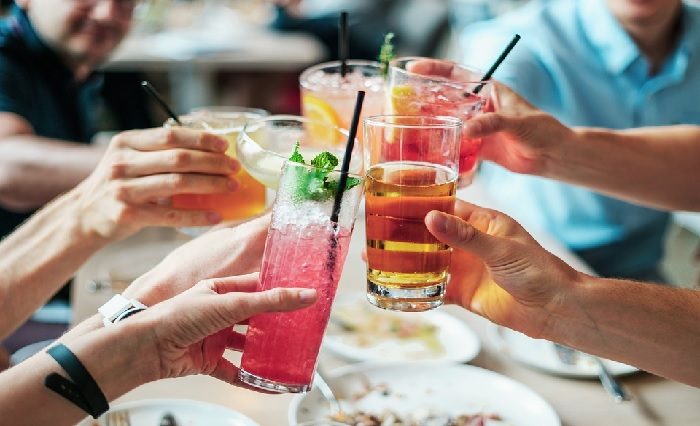 Earlier studies said that only heavy drinking results in brain damage, suggesting that moderate amounts of alcohol do not harm our system significantly. Some research even asserted that a glass of wine per week may be good for one’s health.

Even an innocent alcoholic drink per day can lead to a reduction of one’s brain size, and larger portions may trigger to age more rapidly, a new study published in the journal Nature Communications has found.

While heavy drinking remains a threatening condition for one’s brain, it appears that even those who just have one glass of wine or one can of beer every day might want to review their habits.

The research was led by the University of Pennsylvania with the participation of more than 36,000 adults. The data found that light-to-moderate alcohol consumption was associated with reductions in overall brain volume. It was suggested that just two alcoholic drinks a day can be equivalent to changes in the brain that otherwise take two years to occur.

The more alcohol one consumes, the more severe the health consequences might be.

“The fact that we have such a large sample size allows us to find subtle patterns, even between drinking the equivalent of half a beer and one beer a day”, said Gideon Nave, one of the study’s authors and a faculty member at Penn’s Wharton School.

The findings appear to contradict the existing scientific and government guidelines on alcohol consumption.

“For example, although the National Institute on Alcohol Abuse and Alcoholism recommends that women consume an average of no more than one drink per day, recommended limits for men are twice that, an amount that exceeds the consumption level associated in the study with decreased brain volume”, said Henry Kranzler of the Penn Center for Studies of Addiction.

Moreover, there is a chance that binge drinking is worse for the brain, but the scientists said it needs to be studied more to know for sure.

Previous research on drinking limits indicated that heavy drinking is the only thing one should be concerned about, and moderate amounts of alcohol do not impact health severely. However, the scientific team noted that those studies lacked the power of large datasets that the new research has.

“Having this dataset is like having a microscope or a telescope with a more powerful lens”, Nave explained. “You get a better resolution and start seeing patterns and associations you couldn’t before”.

While more research is needed to establish stronger links between moderate drinking and brain damage, it is still known for sure that heavy drinking is bad for you, as numerous studies have proven that it causes changes in brain structure, including strong reductions in grey and white matter across the brain.