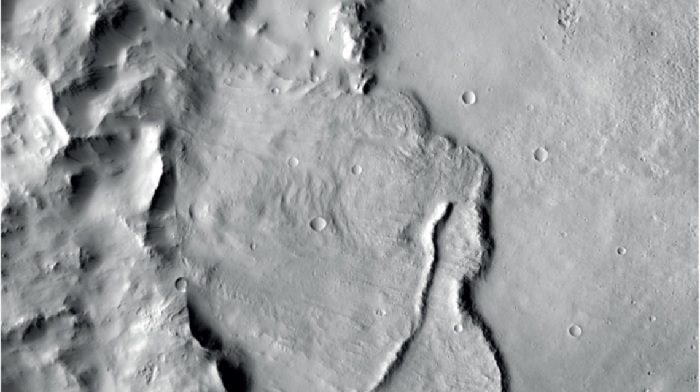 Mars may be a red desert now, but billions of years ago, it was probably a lush world that may have even been teeming with life.

Water on Mars isn’t exactly a new thing. The surface is covered in evidence of what were once rivers, and a subterranean lake even lurks beneath the south pole — but now the first geological evidence of ancient planet-wide groundwater has been unearthed by ESA’s Mars Express. Some of them might have even been rich in minerals that are the stuff of life on Earth.

“Early Mars was a watery world, but as the planet’s climate changed this water retreated below the surface to form pools and ‘groundwater’,” said Francesco Salese of Utrecht University, the Netherlands, team lead of the study that proved there was so much groundwater (previously only predicted by models) before it evaporated.

Billions of years ago, as solar radiation began to pound Mars hardcore and change its climate, water on the surface began to sink. After Salese’s team took a closer look at 24 enclosed craters deep below the surface, at least 13,000 feet below what scientists estimate to have been Martian “sea level”, they realized that certain features on the crater floors couldn’t have been formed by anything but water.

That theoretical Martian ocean is thought to have existed 3.5 billion years ago, the same time these lakes are believed to have been around. They might have even been even closer than that. 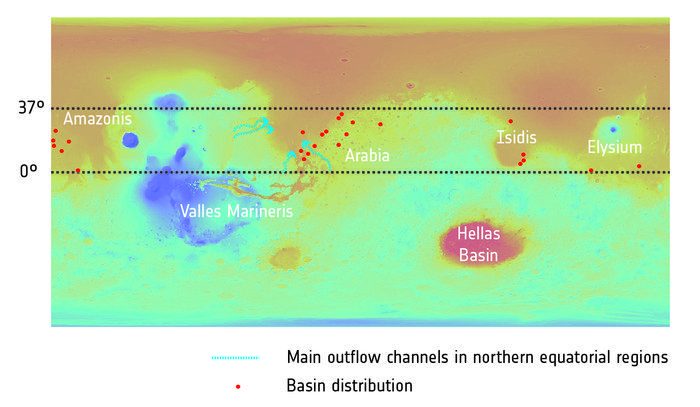 “We think that this ocean may have connected to a system of underground lakes that spread across the entire planet,” said Gian Gabriele Ori, director of the Università D’Annunzio’s International Research School of Planetary Sciences, Italy and a co-author of the study.

Features that proved to be dead giveaways for water were the primordial channels and valleys it had carved out in these craters, along with ridged terraces that were the result of standing water, sediment once carried by flowing water, and deltas formed by rising and falling water levels.

In five of those craters were also traces of minerals connected to life spawning on Earth. Certain clays, carbonates and silicates found in the basins are associated with the first living organisms to emerge on our planet. These are the only craters discovered to be at the same depth as the water-saturated part of the Martian crust, and there might even be some sort of fossilized microbes remaining. This find makes the idea of life (even extinct life) on Mars less alien.

“Findings like this are hugely important; they help us to identify the regions of Mars that are the most promising for finding signs of past life,” said ESA’s Mars Express project scientist Dmitri Titov.

While we still haven’t found any Martian aliens, dead or alive, the possibilities keep stacking up.