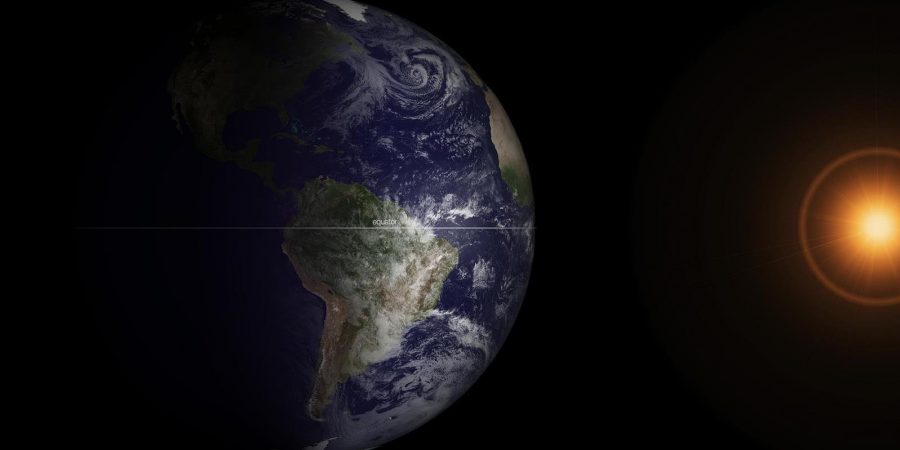 Sun Outages Southern Hemisphere: Your TV, Radio and Internet Might Drop Out in the Next Fortnight, Here’s Why

Day and night are 12 hours each around the globe today — except at the poles — as the Earth reaches equinox.

If you’re in a regional area, the internet might be patchy, too. What’s going on?

What is an equinox?
If you were standing at the geographic equator and looked up during an equinox, you’d see the Sun pass directly overhead.

It’s the point at which the Sun appears to traverse the equator from the Earth’s perspective, shining equal light on both hemispheres.

The Earth’s axis is tilted 23.5 degrees. As it travels around the Sun, different parts of the planet are tilted more directly at the Sun. This is what causes the seasons in the temperate parts of the world. In an Australian summer, the southern hemisphere is tilted towards the Sun, and in our winter it’s tilted away.

But at two points of the year — the equinoxes in March and September — the Earth’s axis is side on, so no part of the planet is tilted towards or away from the Sun.

“If there was no tilt to the Earth, it would be the equinox all year round,” Dr Brett Carter, a space weather expert at RMIT University, said.

“Because there is a tilt in the Earth’s rotation axis, we have two times in the year when the equator, around midday, is directly beneath the sun. 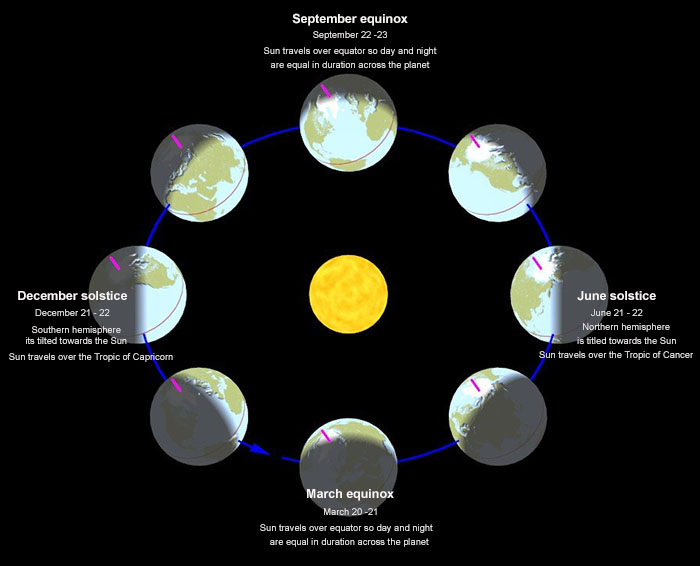 What is a sun outage?
A sun outage is when the energy from the Sun disrupts the signal from a satellite. All satellites can be affected by sun outages, but geostationary satellites are particularly vulnerable.

These satellites orbit the equator at an altitude of about 36,000 kilometres and take 24 hours to complete an orbit. That means from the ground, they appear to be stationary in the sky.

Geostationary satellites provide a wide variety of services — including TV and radio broadcasts, telecommunications, and for regional and remote parts of Australia, the internet (through the NBN).

The way a satellite works is that a signal comes from a source (like a television or radio station) to a “gateway station.”

The gateway station — often a large antenna — then transmits that signal to a satellite, which relays the signal over an area, allowing you to receive it.

But when the Sun traverses the equator during an equinox, it also passes behind geostationary satellites — which Dr Elias Aboutanios, from the University of New South Wales’ school of telecommunications, said disrupts their operation.

“Most geostationary satellite communication works in the microwave [frequency]. And the sun transmits those same frequencies,” he said.

“[At the equinox] it’s like you have this tiny light bulb, passing in front of a massive projector. You can’t see the lightbulb. The background noise — provided by the Sun — blinds you from seeing the satellite, much like with visible light.”

What impact does that have?
The period in which the Sun passes behind a geostationary satellite is brief — about 10 minutes at most according to Dr Carter — but the noise is enough to degrade or completely disrupt radio and television broadcasts, as well as satellite internet.

If you’re listening when a sun outage is occurring, you might notice your picture or sound quality degrading or your screen replaced by static.

Dr Carter said in most cases, the effect is brief, and you may not even notice any outage.

Weather satellites also use a geostationary orbit, but Dr Carter said the impact to our weather forecasting is minimal when a sun outage occurs.

“If a weather satellite’s collecting weather data up in a geostationary orbit, it’ll hold onto the data and dump it down later.”

And regional NBN users — whose internet is provided by satellite — may also experience a brief downtime.

Can other types of satellites be affected?
Other satellites — like GPS satellites, which use a medium Earth orbit (an altitude of about 20,000 kilometres) and don’t orbit the equator, are also at risk of interference from the sun, because all satellites pass between the Sun and the Earth at some point.

But it won’t necessarily be around the equinox.

Because of the different planes of orbit they inhabit, they won’t be disrupted at the same time as geostationary satellites.

And because their orbit is faster, any outage is briefer. 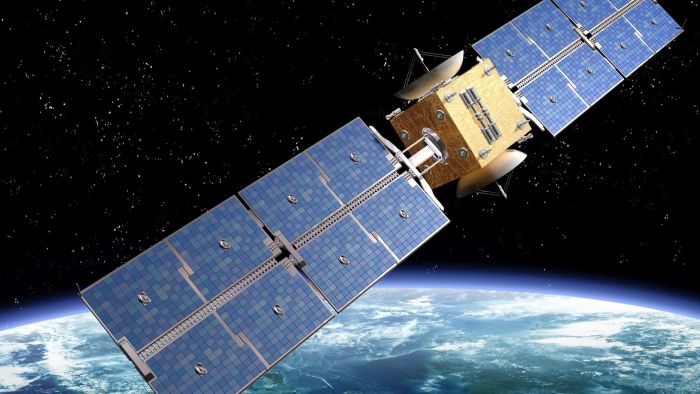 Can you mitigate the impact of a sun outage?
Dr Aboutanios said it’s possible to reduce the level of interruption if you hand the signal between multiple satellites.

“If you place another satellite such that it’s displaced from the first satellite by more than the period of the outage then you can hand over the signal, and when that second satellite experiences its own outage, then you hand back,” he said.

But while it’s technically possible to do so, he said the reality was most companies and organisations accept the brief outage.

“It’s quite expensive to mitigate the effect by focusing an antenna on another satellite, so it’s kind of accepted that you have a degraded picture quality or a broadcast is interrupted for very short periods in the year,” he said.

He said exceptions to that could be critical telecommunications activity, like military operations.

Why doesn’t a sun outage happen at the same time everywhere?
When equinox occurs and you’re at the equator, you might notice disruption to your TV or radio as the Sun, a satellite, and your Earth receiver align.

But in Perth or Brisbane there won’t be that same alignment. The Sun is in a different place in the sky because of the difference in latitude, and isn’t behind the satellites.

Dr Carter said this means outages occur over a series of days before and after the equinox, as the Earth’s orbit brings different Earth receivers into alignment with the satellites and the Sun.

“As you start to move away from the equator, the geostationary satellite belt is like a ring around the Earth. You could imagine where the shadow of those satellites falls on the Earth changes with the day and the latitude,” Dr Carter said.

“The lower your latitude, the closer to the equinox your maximum disturbance will occur.

How does this compare to a solar storm?
Solar storms are weather events on the Sun that release huge amounts of energy into space.

They can happen at any time, but are more common around “solar max,” the period when the Sun is most active in its 11-year cycle.

These events can release balls of plasma and sub-atomic particles that, when they reach Earth, can produce beautiful auroras. But Dr Aboutanios said they can disrupt or damage satellites too.

“Solar storms can wreak havoc on the satellites themselves — satellites are exposed to harsh environments in space, and these particles can hit and damage the electronics.”

“They can disable a satellite. It’s the difference between the sun blinding your antenna [in a sun outage], and in another case damaging a satellite.