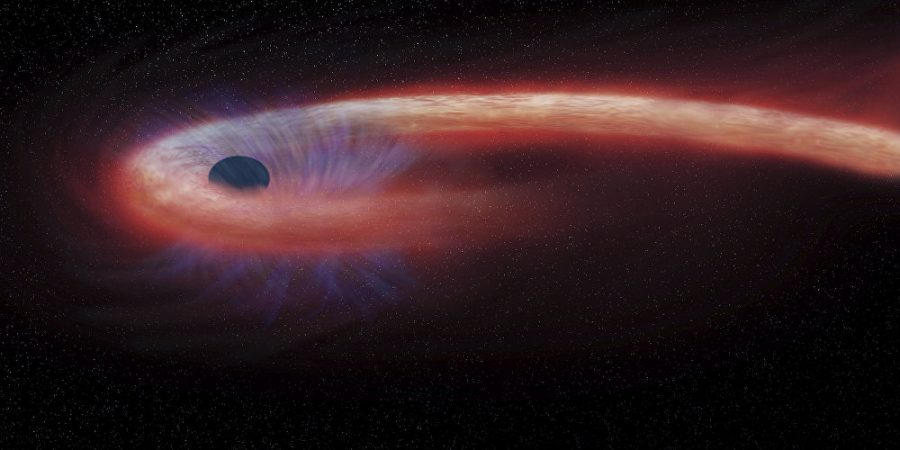 A recently discovered supermassive black hole has given astronomers a new scale on the potential power of these celestial objects.

Dr David Whiteshouse, astronomer and author, says that our universe could one day be swallowed by a giant black hole. In an interview he explained that a supermassive black hole recently discovered by astronomers in South America provided scientists with a new perspective as to how big these objects can be, according to The Daily Express.

“We’re beginning to realise that we had thought that there was a limit to the size of black holes in the centre of a galaxy because they can only swallow so many stars. Black holes grow by swallowing matter and gas and stars and dust,” he explained. “This one is enormous, so perhaps there are even bigger black holes out there.”

According to the astronomer, various physical theories speculate that at some point in the distant future a black hole could become big enough to absorb more and more stars and eventually consume the universe.

“And there are some theories which suggest that eventually, in the vast length of time, more time in the future than we can imagine, everything will end up in a black hole,” Whitehouse said. “The whole universe.”

Whitehouse said that studying black holes is important because their unique physical properties provide scientists with a “different view on how the universe works and what the universe can create.”

Black holes are so dense that they create gravitational forces that capture light. Nothing can escape a black hole. However, this incredible mass also warps time and space in its vicinity, so that time in proximity of this object occurs entirely differently than it does to an outside observer. According to theoretical equations, only stars many times bigger than our Sun can form a black hole.

Earlier this month, NASA reported that during a survey of quasar PSO167-13 and nine other quasars, astronomers using NASA’s Chandra telescope have possibly detected a huge and very distant black hole.