Mathematical Discovery Could Shed Light on Secrets of the Universe

“A grand challenge in modern theoretical physics is to find a ‘unified theory’ that can describe all the laws of nature within a single framework – connecting Einstein’s general theory of relativity, which describes the universe on a large scale, and quantum mechanics, which describes our world at the atomic level.” via Chalmers University of Technology, Sweden Image: © Chalmers … Continue reading → Why Did Nikola Tesla Say That The Numbers 369 are the Key to the Universe?

“Mathematicians love to place numbers into the world around them. It doesn’t matter whether it’s areas, probabilities, or geometric bodies: If you have the right formula and a pocket calculator at hand, you can look behind the mathematical facade of everyday life in no time.” The Unknown List YouTube IF YOU ENJOY THIS SITE PLEASE TELL OTHERS ABOUT US…SHARING IS … Continue reading → Kids, don’t try this at home! via Express UK: A NUMBER known as ‘Graham’s Number’ is so mind bogglingly large that if you were to store that information in your brain it could cause it to collapse on itself and create a mental black hole. Graham’s Number was first established by mathematician Ronald Graham in 1971 and is an upper … Continue reading → Math is an extremely fascinating concept and holds the key to many mysteries…its powers and potential seem to push our human minds to the brink in a way similar to that of our grasp and understanding of the universe itself. via unexplained-mysteries: Prime numbers are an important mathematical concept. The ridiculously long number, like all prime numbers, can only be … Continue reading → Is Mysterious Pi the Key to Everything in the Universe?

Typically shortened to 3.14, the irrational number referred to as pi has been perplexing the human race for over 3,000 years. By definition, pi (π) is the ratio of the circumference of a circle to its diameter. Even though we all learn about this mysterious number in grade school for measuring circles, its intrigue reaches far beyond simple math. Not … Continue reading → 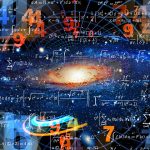 The Mathematical Mysteries Of The Universe [Documentary] 2016

Intriguing documentary discussing and revealing secrets of numbers and their relation to the very fabric of existence and ‘reality’. Mysterious elements such as Fibonacci Sequence, PI and much more are covered in this great documentary. Human beings have always looked at nature and searched for patterns. But what do patterns tell us? Why should the spiral shape of the Nautilus’ … Continue reading →